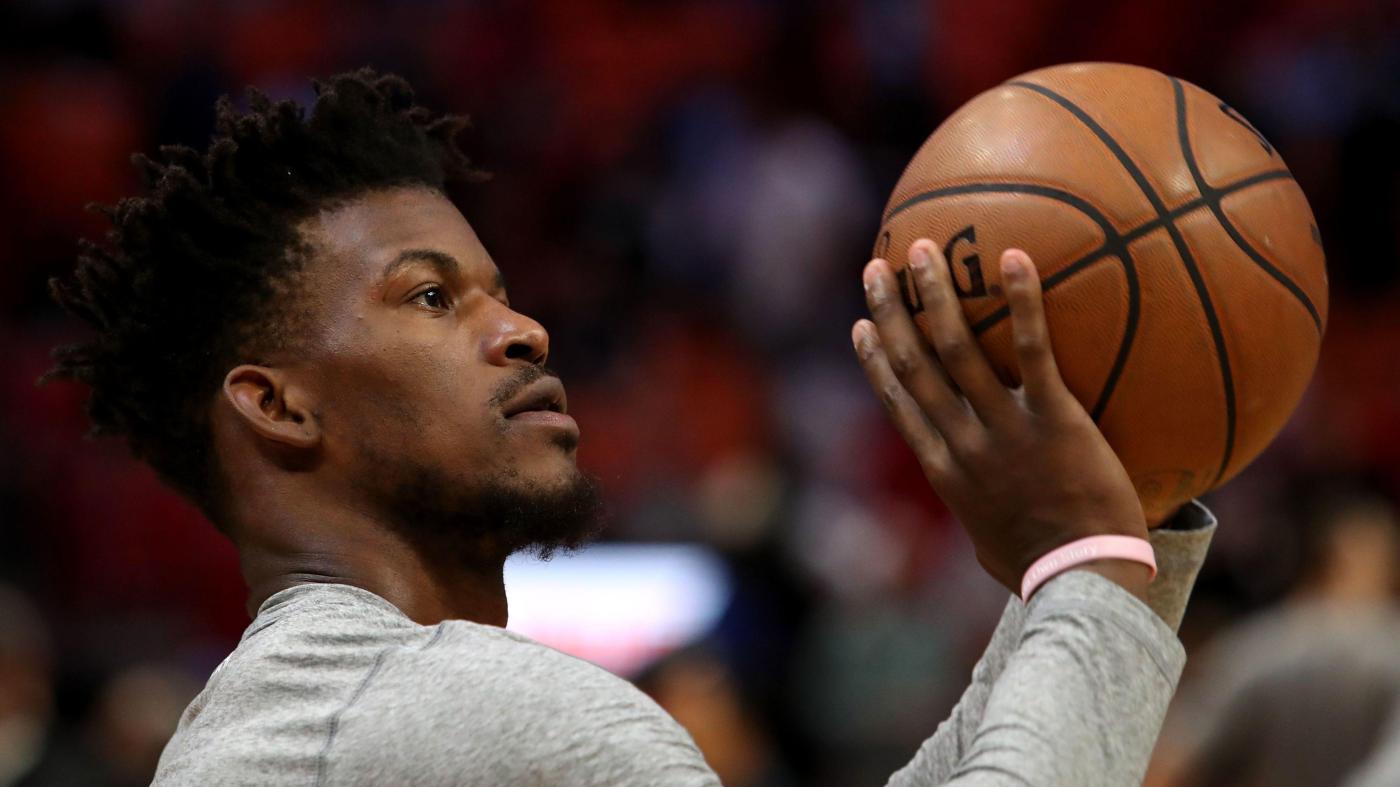 While it still appears that Jimmy Butler’s return will come against the Boston Celtics, that return apparently will not happen until the second of the team’s two meetings this week.

Since he missed the Heat’s Tuesday practice at Emerson College, the expectation is that Butler, who has missed the past six games with a sore right knee, will be back with the team for Friday night’s game at TD Garden. The Heat also play the Celtics at TD Garden on Wednesday night.

Butler has been taking treatment in South Florida and has been posting video of his workout on the Heat’s practice court.

There has been no word of any setbacks with Butler, but the team generally does not comment on the status of injured players beyond the league’s official injury reports.

Coach Erik Spoelstra said after Tuesday’s practice that Butler would not necessarily need practice time before a return. The Heat have a tentative practice scheduled for Thursday.

The Heat lost the first three games that Butler missed, on the road against the Washington Wizards, Cleveland Cavaliers and Minnesota Timberwolves, but since have won in his absence twice at home against the Wizards and then on Sunday night against the Atlanta Hawks at the start of this four-game trip.

A Friday return by Butler would have him in play for the trip’s final two games, Friday against the Celtics and Monday night against the Memphis Grizzlies.

It then could get interesting again, with that game in Memphis the opening night of a back-to-back set of games that concludes Tuesday night against the visiting Detroit Pistons.

Butler’s most recent action was the Nov. 16 road loss to the Toronto Raptors, when he scored 13 points in 38 minutes.

Some of Butler’s absence has been mitigated by the return of guard Tyler Herro the past three games, after he missed the previous eight with a sprained left ankle. Herro is coming off Sunday’s first career triple-double. Center Bam Adebayo has been picking up the scoring burden during this three-game winning streak, with 38 and 32 points the past two games.

Butler has missed eight of the Heat’s 21 games, sitting out two earlier this month with hip soreness, with the Heat splitting those two games, leaving them 4-4 in his absence.

The team said all of those on the trip practiced Tuesday, with the exception of 36-year-old guard Kyle Lowry, who was given the day off for rest, and veteran center Dewayne Dedmon, who saw a foot specialist amid the ongoing plantar fasciitis that regularly has had him on the injury report.

Dedmon was listed as questionable before playing in Sunday’s victory in Atlanta.

“Same status,” Spoelstra said. “He’ll be listed whatever he was listed at the last game and he will do his whole routine with the same mindset that he’ll play. But he’s going to have to manage that all season long.”

Rookie big man Nikola Jovic also has been dealing with plantar fasciitis, which contributed to him missing Sunday’s game.

“It just came out of nowhere before the second Washington game,” Jovic said of Friday’s victory over the Wizards, a game he started. “It was not hurting that much during the game. But after the game, it started hurting. The day after, it continued to hurt and I was not feeling good. Probably I was not ready to play against Atlanta even though I wanted to.

“Just because the situation we are in, we don’t have that many players and some of the players are sick and stuff, I really wanted to help. But I think it might be better that I didn’t play that game.”