And now the assistant boss will be a part of an important England World Cup campaign in Qatar. 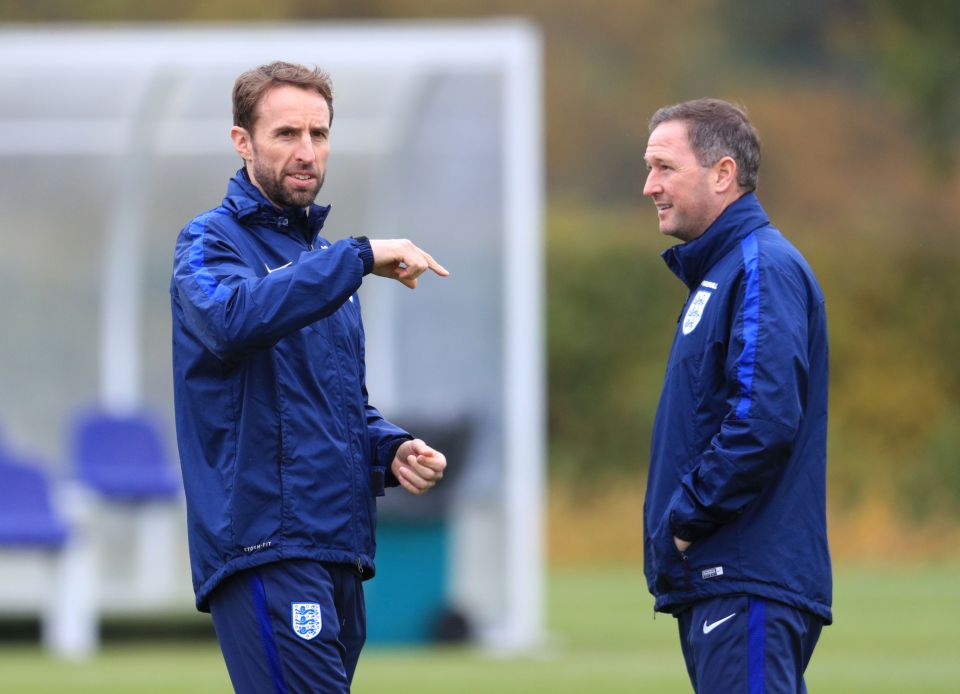 Who is Steve Holland and did he play football?

Born in Stockport in 1970, he came through the academy at Derby County until his late teens, when, after a bad injury, he was told that he would be released.

He had short stints playing professional football for the likes of Bury and semi-pro for Northwich Victoria but, aged 21, Holland decided to go into coaching.

Holland was appointed as a youth coach at Crewe Alexandra in 1992, aged 22 by Dario Gradi, who had coached Holland as a schoolboy – and he has never looked back.

Has Steve Holland ever managed before?

He took charge of Crewe in 2007 having been academy director, working for the Alex for 17 years. But he left the role 18 months later, and left the club in December 2008.

While at Crewe, Holland completed the UEFA English Pro Licence coaching award and went on to complete the LMA-PFA Certificate in applied Management at Warwick University in 2009 – making him one of the top coaches around.

And that served him in good stead when he was named reserve team boss at Chelsea in August 2009, winning the Premier Reserve League for the 1st time since 1994.

He moved up to the first team under Andre Villas-Boas in 2011 and has been assistant manager there, and even took charge on a caretaker basis for the Premier League fixture against Sunderland when Jose Mourinho left in December 2015.

How long has Steve Holland been in the England setup?

In August 2013, Holland was appointed assistant manager to the new England Under 21s manager Gareth Southgate, working alongside his duties at Stamford Bridge.

But following the appointment of Southgate as the caretaker of the England national football team on 27 September 2016, when Sam Allardyce resigned after one game due to an ongoing scandal, Holland also became assistant manager for the senior level on an interim basis.

The 46-year-old left his role with the Blues to join the international setup full-time.

Southgate said: “If we want to be successful then we have to employ the best people and for me, Steve is the best.”

Who is Steve Holland working alongside at England?

The main man is of course former Aston Villa, Crystal Palace and Middlesbrough defender Southgate, who got the job full time in November 2016.

Holland will also be working with goalkeeping coach Martyn Margetson. The Welsh former Manchester City stopper joined the setup in August, having been poached from Wales’ national team by Allardyce.

One man Holland won’t be working with is former assistant boss, and long-time friend of Allardyce Sammy Lee, who Southgate ousted as he builds his own setup.

Today24.pro
‘People need to stop getting mad at non tippers and start getting mad at the apps’: Lyft driver paid $50 for ride that cost $242 If you saw children on the roof… I can't be silent... Man repeatedly punched Columbia protester, knocking her out: NYPD