﻿
Ru24.netNews‑life.proNews‑life.org29ru.net123ru.marketSportsweek.orgIceprice.info123ru.net
Цепочки на шею
“I will always be an advocate for those who are formerly incarcerated and for those who suffer from addiction” says mentor at San Jose nonprofit
Milo wearable action communicator ships for outdoor adventurers
Co-op shooter Starship Troopers: Extermination starts its bug hunt in 2023
Holland 2 Qatar 0: Gakpo and De Jong fire Dutch into World Cup last 16 to set up tie vs runners-up of England’s group
Crisis-club Juventus ‘could be RELEGATED’ after entire board resigns as club faces charges over Prisma Investigation
World Cup live updates: Senegal, Netherlands advance; USMNT faces win-or-go-home match vs. Iran

GARETH SOUTHGATE is about to manage England at another World Cup tournament.

The Three Lions boss will lead his team out in Qatar with their first game against Iran taking place TODAY – November 21. 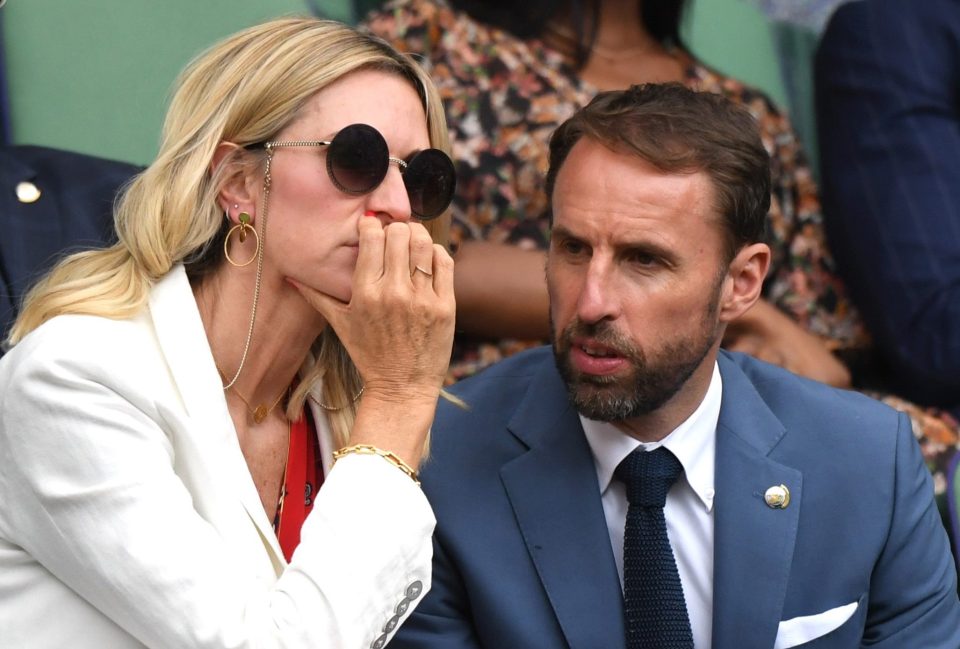 Gareth Southgate with his wife at WimbledonA devoted family man, Southgate has often talked about the importance of having a stable foundation behind him.

Who is Gareth Southgate’s wife Alison and when did they get married?

Southgate and Alison met when the England boss was a trainee at Crystal Palace.

Together since they were teenagers, the pair were married in July 1997 and have now been a couple for 20 years.

They were married near Southgate’s family home in Crawley.

How many children do the couple have?

THE pair have two teenage children, Mia and Flynn.

Southgate has talked about the importance of maintaining a normal parent-child relationship, despite his time-sapping and full-on job.

He told the Standard in 2017: “Over the last couple of weeks I’ve just had a nice time spending it with the family though, and for me that’s important because my kids are 18 and 14, and their development is as important for me as anything else in my life.

“You do have to try to find a balance because my focus inevitably gets drawn towards making this team as successful as we can and driving them to be the best team in the world, but I’m also a dad and a husband.”

TOP OF THE WORLD

England top scorer: How many goals does Harry Kane need to beat Rooney?

Who did Gareth Southgate play for and what teams has England boss managed?

Who is Gareth Southgate’s wife Alison and how many children do the couple have?

World Cup: England to win ALL 3 group games at 11/8 with Betfair

Who did Gareth Southgate play for?

THE England manager retired as a player in 2006 and made 57 appearances for England.

Southgate started his career in the youth set up at Crystal Palace before making his senior team debut in 1988.

His achievements as a player include the 1993-1994 First Division title with Palace and coming a runner-up in the 2000 FA Cup when Villa lost 1-0 to Chelsea.

He became manager of England on September 27, 2016, after the departure of Sam Allardyce.

Game24.pro
This external cooler is as big as a PC Give your Steam Deck a sweet docking station to live in for 24% off this Cyber Monday Competitive Farming Simulator is like an agriculture Grand Prix TikTok roleplayers have made a viral game out of trading with capitalism cats

Today24.pro
One of The Greatest Britons in History - Joe Calzaghe ‘How many Uber drivers does it take to pick up a disabled person?’: Disabled person says 3 Uber drivers canceled on them because of their service dog Billionaire investor Howard Marks touts a bargain boom as interest-rate fears grip markets - and predicts a surge in companies going bankrupt Goldman issues stock market warning