TOMMY FURY showed off his punching power with a massive right hand on a punch machine – but could not match brother Tyson.

The 23-year-old connected brilliantly with the punch bag and recorded a score of 946.

Tommy seemed please with his effort and rightly so, since Anthony Joshua could only manage a score of 848 on the Graham Norton show in 2017.

Although it has to be said, each machine is different making any comparisons hard to gauge.

However, Tyson did use the same machine as his brother in a recent video and used his weaker left hand.

Yet the Gypsy King managed a very impressive 993 to send a message to his rivals. 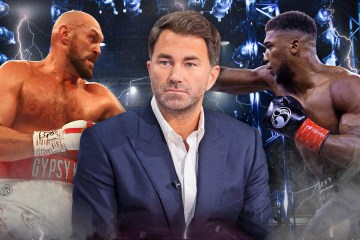 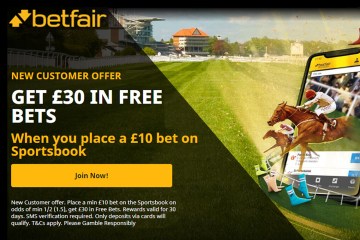 Chelsea vs Salzburg - Champions League: Get £30 when you stake £10 with Betfair

Tommy will be working on ways to improve his power as he prepares for his ring return.

The ex-Love Island star is confirmed to be fighting Paul Bamba on the undercard of Floyd Mayweather Jr v Deji on November 13.

It will be Tommy’s first bout since April and comes days after his proposed fight with Tyron Woodley fell through.

Meanwhile, Tyson will NOT be fighting AJ after promoter Eddie Hearn confirmed talks are off.

Tyson, 34, slammed Joshua for not agreeing to the deal before the deadline last week and Hearn revealed he is not willing to play games with the heavyweight champion.

Hearn also claimed Tyson has sent Derek Chisora a contract to fight on December 3 instead despite previous talks between the pair collapsing in August.

Today24.pro
LAMB BUTTER Will Melt in Your Mouth! Ancient Food on the Silk Road! How veterans with disabilities can get a VA loan with bad credit Billionaire investor Howard Marks touts a bargain boom as interest-rate fears grip markets - and predicts a surge in companies going bankrupt RoboCV: stacker robot