﻿
Ru24.netNews‑life.proNews‑life.org29ru.net123ru.marketSportsweek.orgIceprice.info123ru.net
Цепочки на шею
What is Elf on The Shelf and when does it arrive?
Perishables pile up in Zim supermarkets as money dries up
Modi's Home State Votes in Local Polls Projected as Easy Win for BJP
How Lady Susan Hussey reacted to Meghan Markle and Prince Harry’s wedding revealed
I did a whopping ASOS haul but it was totally rubbish – people said I looked like Quality Street in one of the looks
Prosecution asks new judge in Calbayog mayor slay trial to allow witness substitution 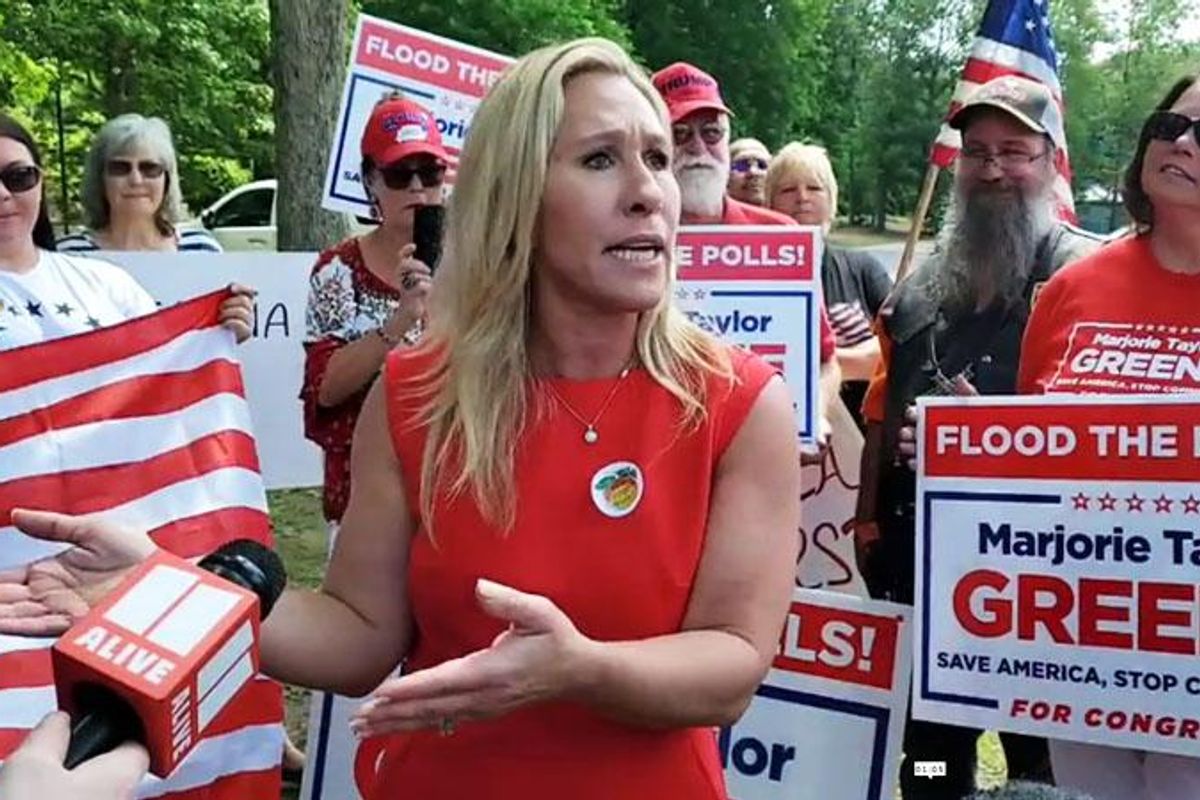 On Wednesday, The Daily Beast reported that Perry Greene, the husband of far-right Rep. Marjorie Taylor Greene (R-GA), has filed for divorce.

"The petition stated that the Greenes’ 27-year marriage was 'irretrievably broken' and indicated that the couple, who wed in college, had been separated for some time," reported A.J. McDougall. "Perry Greene motioned to have the divorce filed under seal, arguing 'that the record will contain sensitive personal and financial information, the public disclosure of which would negatively impact the parties’ privacy interests.'"

The congresswoman provided a statement on the matter to The Daily Beast, which declined to reveal any further details of the divorce other than that to suggest the marriage was ending amicably.

“Marriage is a wonderful thing and I’m a firm believer in it," said the statement. "Our society is formed by a husband and wife creating a family to nurture and protect. Together, Perry and I formed our family and raised three great kids. He gave me the best job title you can ever earn: Mom. I’ll always be grateful for how great of a dad he is to our children. This is a private and personal matter and I ask that the media respect our privacy at this time."

IN OTHER NEWS: Arizona AG debate gets heated after Dem candidate calls out Trump-backed Republican's past boasts of voter fraud

Today24.pro
RoboCV: stacker robot I make $1,000 a month by promoting Amazon products on social media. It only takes 5 hours per week — here's how I set up my side hustle. One of The Greatest Britons in History - Joe Calzaghe Billionaire investor Howard Marks touts a bargain boom as interest-rate fears grip markets - and predicts a surge in companies going bankrupt