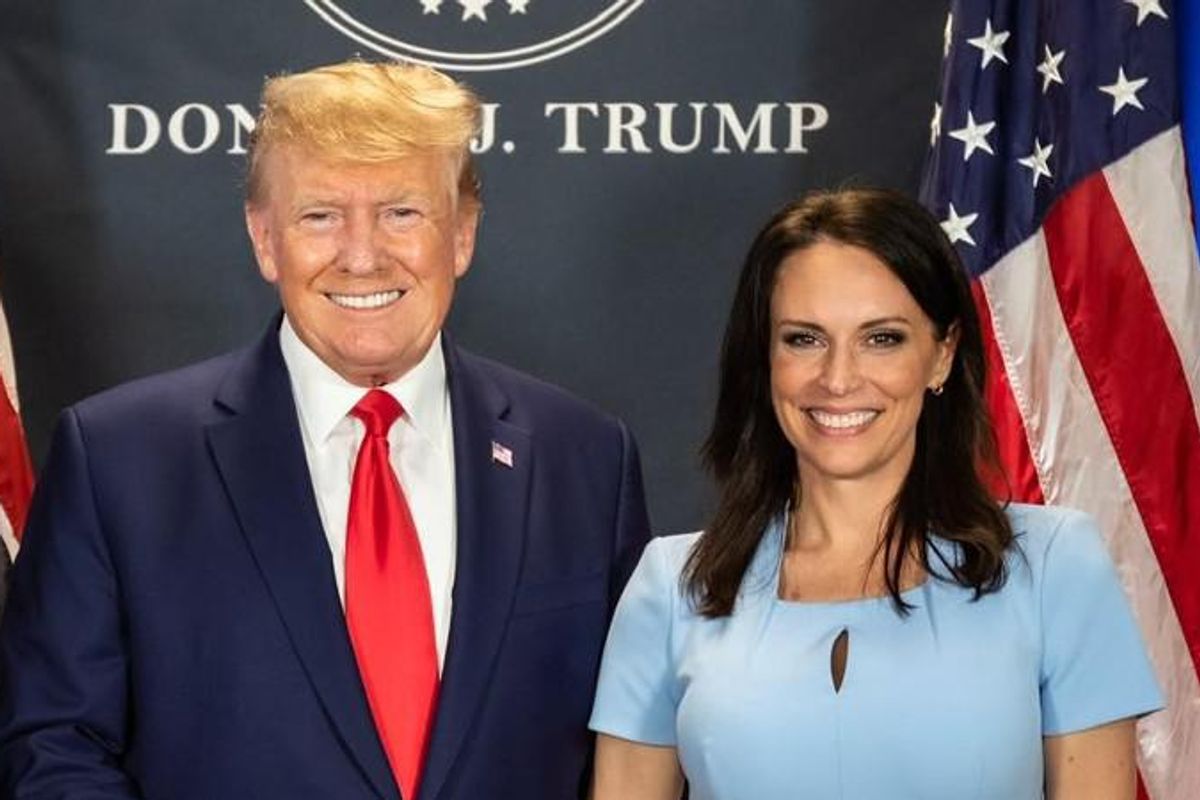 A trio of Donald Trump-backing gubernatorial candidates are flopping in their campaigns after winning their Republican primaries.

The GOP candidates in three Midwestern battleground states -- Michigan, Minnesota and Wisconsin -- are failing to attract voters or donations and running flimsy campaign operations to the dismay of fellow Republicans in the weeks ahead of November's election, and the blame is falling on the former president, reported The Daily Beast.

“This is part of the Trump legacy,” said longtime GOP strategist Doug Heye. “Candidates who otherwise would be considered fringe candidates can win nominations and hold Republicans back, because they’re unelectable in their state.”

Both Michigan and Wisconsin had crowded and competitive GOP primaries, but voters backed former actress and MAGA media personality Tudor Dixon in Michigan and businessman Tim Michels in Wisconsin after Trump endorsed them, but neither has raised or spent much money on their general election campaigns.

RELATED: 'I'm sorry I have to vote for him': GOP voters tell CNN they're not happy about Dr. Oz

“Despite Michels having unlimited financial resources, he’s still not putting it away the way he could be,” said one GOP operative who has run races in Wisconsin. “I don’t see anything right now that would fundamentally shift the dynamic unless there’s another Black Swan economic report coming out.”

Former Rep. Justin Amash, who left the GOP in 2019 and did not run for re-election the following year, said he's "hardly noticed" there's a campaign for governor in Michigan, and what little attention Dixon has generated has been for oddball declarations like vowing to ban "pornographic books" from schools without specifics.

“[She's] running the sh*ttiest campaign since the dawn of time," said Jeff Timmer, former executive director of the Michigan GOP.

“She’s running an aggressive and low-budget campaign for school board, but she happens to be running for governor,” Timmer added. “It’s hard to understate how unlike any other statewide campaign — Republican or Democratic — it is. There’s just nothing to compare it to.”

Republicans have all but conceded COVID-skeptic doctor Scott Jensen will lose his race to unseat Minnesota Gov. Tim Walz, and none of the three struggling candidates can count on the Republican Governors’ Association to bail them out this late in the game.

“When you typically realize you have a problem,” Heye said, “it’s too late.”

Game24.pro
HyperX Cloud Stinger 2 Project Cars 2 is gone from Steam forever Call of Duty is betting big on AI. Will it pay off? Streamer apologizes for leaking game reveals, says he did it for clout and 'the buzz'