A WEDDING day is always one to remember, but one bride went the extra mile and decided to have a mega makeover straight after the ceremony.

Her new look had the achieved result as it totally shocked her guests as she walked back into the reception to celebrate – and even the groom had no idea.

A wedding photographer called Sally Grieshaber shared how the bride planned the whole thing herself with her beauty team in the lead-up to her big day.

She decided she wanted a brand new look and opted to chop her hair from long to a bob in between the ceremony and reception.

Sally, who can be found on TikTok at @sallygrieshaber, was there to capture the moment she sat down in the chair ready for her transformation, as well as the finished look.

She uploaded a video where she explained she was “so stoked when the bride brought it up in the timeline meeting” and couldn’t wait to see the results. 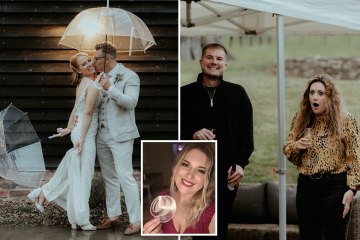 I'm a wedding planner, the crazy requests I've had – like a surprise big day 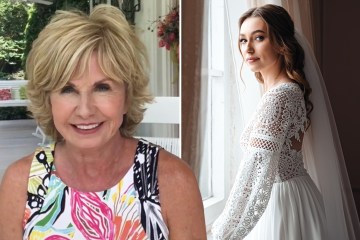 Alongside the video, which showed a hairdresser cutting her long locks, she wrote: “The bride decided to dramatically cut her hair between the ceremony & reception on her wedding day.”

She also explained in the comment section that it was done during the cocktail hour of the wedding when the rest of the guests were mingling and took around 40 minutes.

After she shared the video on her social media account, many of her followers complimented the bride’s new short crop.

They also described her as a “Queen” for choosing to do it in the first place.

One wrote: “You are beautiful and so brave to do that! Absolutely stunning.”

While a third commented: “She is stunning either way and we love this for a queen. Good for her.”

And a fourth summed up everyone’s thoughts when they added: “This is such a girl boss move!”

Make Cut Dahlia Flowers Last Longer with These Tips! How to Harvest and Condition Dahlias