GOGGLEBOX’s Georgia Bell shared a rare snap of her sister holding her baby son in a recent post.

Taking to her Instagram stories, Georgia shared an adorable snap of her sister Eleanor with her baby Hugh.

The caption read: “When your sister is the PROUDEST aunty you ever did see. Hugh is so lucky to have you.”

In the photo Eleanor is seen holding the bundle of joy tightly as he sleeps peacefully in her arms.

Later on that day Georgia posted another photo of her in the hospital bed after giving birth to Hugh. 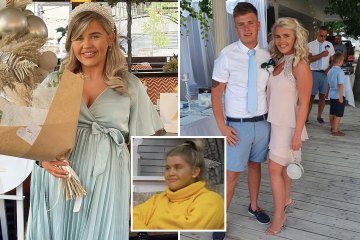 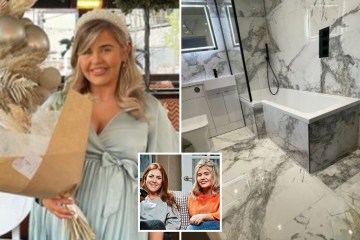 The hairdresser from Durham first revealed news of her baby on New Year’s Eve on her Instagram.

The Channel 4 star revealed she had welcomed a baby boy with her boyfriend Josh Newby.

The couple have named their newborn son Hugh James Newby.

Taking to social media, the 21-year-old TV star shared an adorable picture of their new arrival with her 59k followers saying he was “perfect in every way”.

The little one was wrapped in a white waffle blanket and seen wearing a sleep suit and matching hat,

Back during filming for Gogglebox she shared sneak peaks of her pregnancy.

Georgia is known for starring on the show alongside her best friend Abbie Lynn.

Make Cut Dahlia Flowers Last Longer with These Tips! How to Harvest and Condition Dahlias

Today24.pro
How to get a Six Pack FAST in 3 minutes (100% PROVEN) Get abs in 1 week at home for a kid in 2018 The Untold Truth Of Blade Runner Make Cut Dahlia Flowers Last Longer with These Tips! How to Harvest and Condition Dahlias UK airport to CLOSE as flights are stopped – putting thousands of jobs at risk