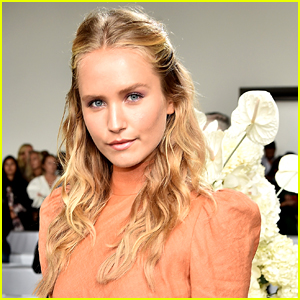 Sailor Brinkley Cook is a little disheartened about her Good Morning America interview that aired this morning (May 29) on ABC.

In a statement she posted to her Instagram Stories, the 21-year-old model expressed that she was upset in how her interview, where she addressed her body dysmorphia struggles, was presented.

“I’m a little upset about the GMA piece that aired this morning,” Sailor wrote. “I have nothing but respect for GMA and Deborah [Roberts], and have nothing negative to say about either one. But I wanted to set some things straight.”

She went on, “I understand that ‘comparisons to model mom’ and ‘eating disorder struggles’ are great taglines for click bait on news outlets. But when I agreed to do this interview I was under the impression that it would be in a positive light and would be inspirational. I ONLY agreed to do it during this awful time in America because I thought it would be a small beacon of positivity for people who have dealt with the same things as me.”

“I want to sincerely apologize for the tone deafness of the interview,” Sailor added, revealing that the content that wasn’t aired spread a different light on everything.

“If I were in control of the editing it would’ve been shown in a very different light and would’ve highlighted the inspirational things I said rather than the explanation of what I went through as a 15-year-old.”

Sailor continued, “I wanted to be a voice for people who are facing their mental illnesses and body image issues head-on right now in isolation…”

You can read her entire statement below in the gallery.

If you didn’t watch the preview for the interview, Sailor opened up in that about her past eating disorder stuggles and the constant comparisons to her mom, Christie Brinkley.