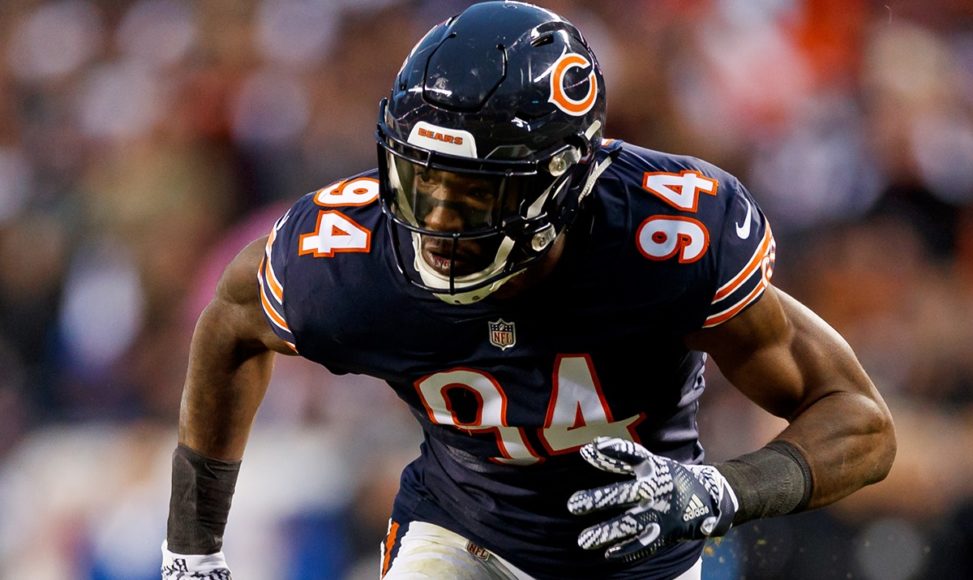 Leonard Floyd probably isn’t feeling too good these days. Not long ago he was viewed as a prized possession. A 1st round pick with so much potential who could become a fixture on the Chicago Bears defense. Then after a rough 2019 season that saw him manage just three sacks, it seems the bloom was finally all the way off the rose. GM Ryan Pace made the momentous decision to release the 28-year old in favor of signing free agent Robert Quinn.

Not wanting to wallow on the market too long, Floyd quickly accepted an offer from the Los Angeles Rams for a new deal to join their defense. One that had just lost Dante Fowler and Clay Matthews in the space of a week. His connection to new defensive coordinator Brandon Staley made it an obvious fit. The two had worked together in Chicago. However, things might not be going as smoothly as he’d hoped.

According to Mike Florio of Pro Football Talk, there is a lingering possibility the deal with the Rams could be called off.

“The Rams are low on cap space, and they have pending deals with former Bears linebacker Leonard Floyd and nearly Ravens defensive lineman Michael Brockers. With the Floyd deal still not finalized, the Rams worked out a deal with Brockers, whose unsigned agreement with the Ravens fell through. Currently, both Floyd and Brockers are technically unsigned by the Rams, while they await physicals. Before those physicals are passed and the contracts become effective, the Rams will have to create cap space in order to fit both players onto the active roster.

It’s a loophole that has allowed the Rams to squat on both players while figuring out the best way to manage the cap and absorb the contracts. Or maybe, as some are wondering, the Floyd deal will be scrapped, now that Brockers is back, with a three-year, $31.5 million contract.”

Leonard Floyd will be in a rough spot if that happens

With the main wave of free agency gone, most teams are done spending any significant money. What’s worse for Floyd is other more proven pass rushers remain available. Teams are focused on them and won’t view him as a priority. He’ll end up having to wait the market out and take a deal for even less money than he signed for with the Rams. This would likely force him to take a one-year discounted deal in hopes he can turn that into something more lucrative in 2021.

That begs an interesting question. If this happened, would Floyd consider returning to Chicago? The Bears still have need of a #3 outside linebacker behind Quinn and Khalil Mack. This is a role he’d fit much better and the coaches could still find use for his ability to play coverage and stop the run. It’s a long shot but something to think about.