TREVOH CHALOBAH was given a new role by boss Graham Potter as Chelsea played a behind-closed-doors friendly with Brighton.

Potter ran the rule over his players as they took on his old team at the Amex on September 17.

Using players that did not feature in his first competitive game in charge against RB Salzburg three days earlier, Potter opted to tinker with his options.

According to The Athletic, the 47-year-old fielded a particularly intriguing midfield.

They claim that defender Chalobah was picked in a deep-lying midfield role often filled by Jorginho. 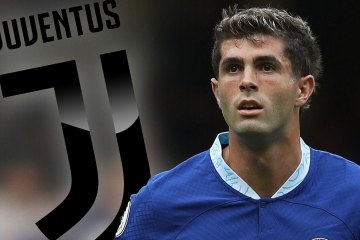 Chalobah has almost entirely been fielded as a centre-back during his time in the Chelsea first-team – but his various loans have been a different story.

During stints at Ipswich and Huddersfield, Chalobah played the majority of his football in the middle of the park.

While his campaign in France with Lorient saw him split his minutes fairly equally between centre-back and defensive midfield.

IT'S ONLY A GAME

Chalobah has only made one first team appearance for the Blues this term, playing the full 90 minutes in the 2-1 win over Leicester.

Being seen as a midfield option could improve his chances, however, with the Blues having suffered a number of injury problems in their engine room.

N’Golo Kante is still struggling with a hamstring issue suffered against Tottenham in August, while Mateo Kovacic has also had his fair share of injury woes.

Chalobah has made 31 first team appearances in total for the Blues.

Graham Potter could tinker around with his team[/caption]

It's not just you. Disney's CEO reportedly thinks its theme parks have gotten too expensive.