Israel Adesanya was on the edge of his seat watching his teammate Alexander Volkanovski defend his title at UFC 266.

Israel Adesanya was on the edge of his seat watching City Kickboxing teammate Alexander Volkanovski defend his title at UFC 266.

In what was largely a dominant performance by Volkanovski (23-1 MMA, 10-0 UFC), the featherweight champion was put in multiple compromising positions by jiu-jitsu ace Brian Ortega (15-2 MMA, 7-2 UFC), who almost choked him out in Round 3.

Adesanya was losing his mind while watching Volkanovski fend off both a guillotine choke and triangle attempt by Ortega, but the Aussie was able to battle out of them and retain his title in a “Fight of the Night” war.

You can watch the full video of Adesanya’s reactions to Saturday’s UFC 266 card below, including his teammate Dan Hooker’s rebound win over Nasrat Haqparast, courtesy of his YouTube channel:

The Blue Corner is MMA Junkie’s blog space. We don’t take it overly serious, and neither should you. If you come complaining to us that something you read here is not hard-hitting news, expect to have the previous sentence repeated in ALL CAPS. 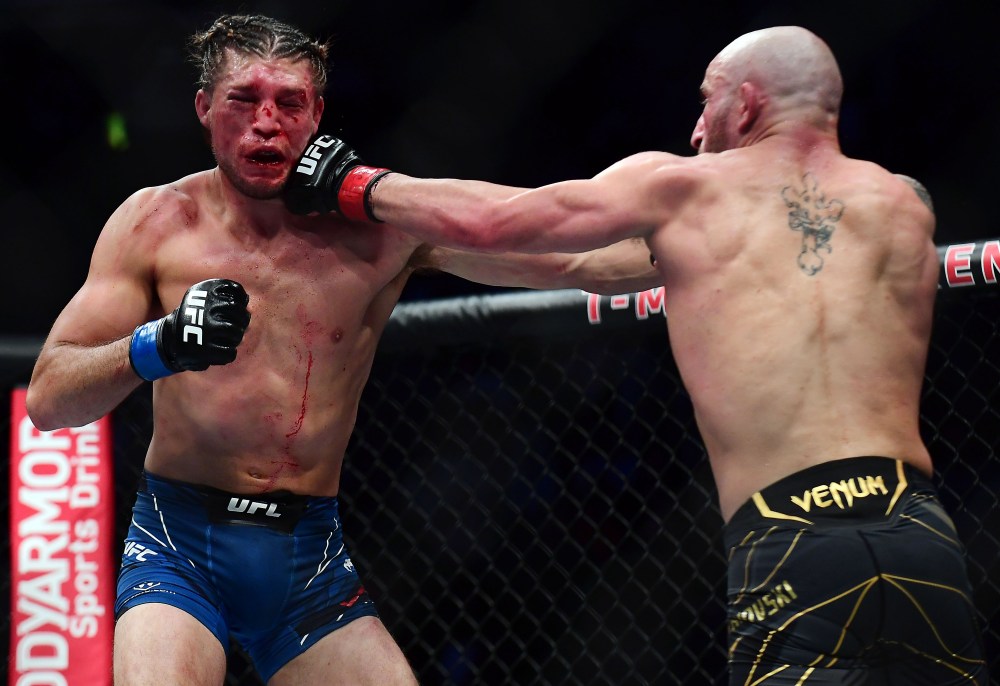 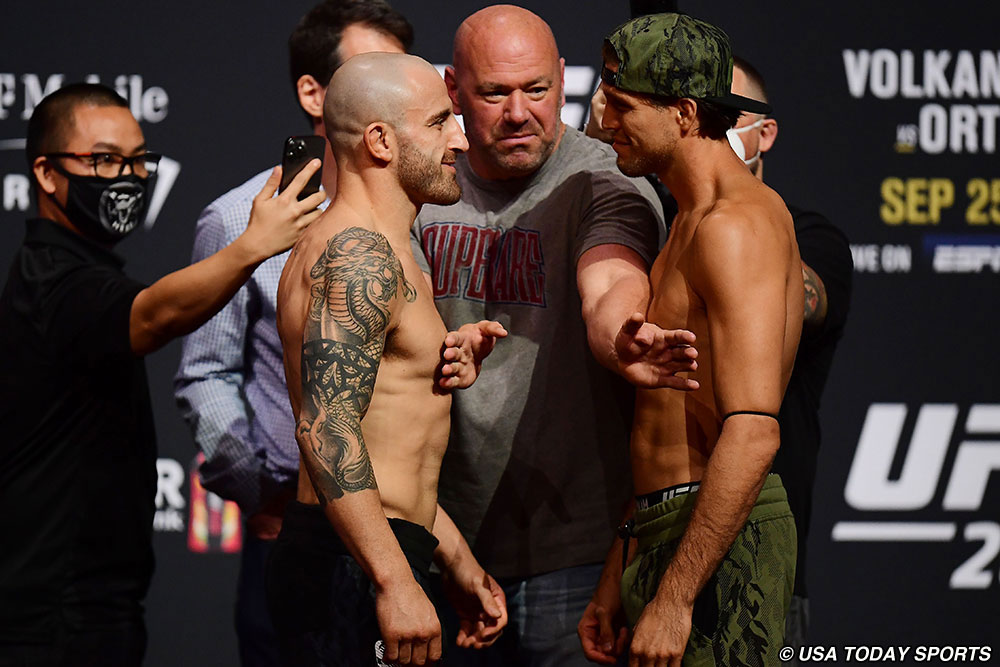