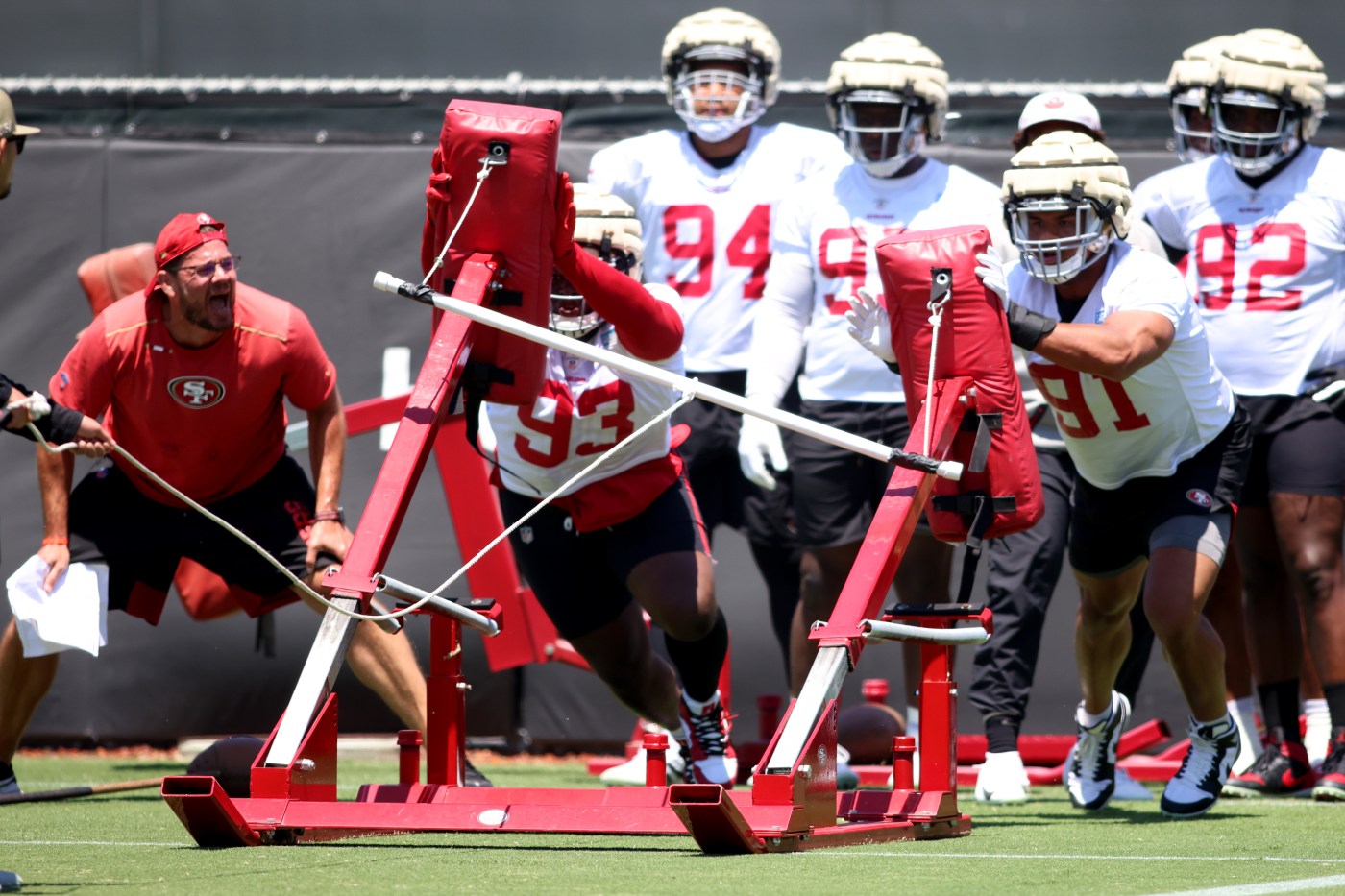 Here is how the 49ers' defensive depth chart looks heading into training camp.

DeMeco Ryans shot up the depth chart this offseason to succeed Robert Saleh as the 49ers defensive coordinator. So what does Ryans have to work with now?

Analysis: It’s almost a boom-or-bust situation at defensive end, hinging on the comebacks of Nick Bosa (knee) and Dee Ford (back). Former Raiders’ Arden Key and Maurice Hurst should help the rotation along with Kerr. Finding edge rushers will allow Armstead to dominate inside on the pass rush like he did in 2019, while using him as a run defender on the edge.

Analysis: Don’t read too much into the linebackers’ spots, because they’re cross-trained to play multiple spots. Greenlaw or Al-Shaair would fill in at middle linebacker if freshly paid Warner needs a break. Hilliard and Sullivan are trying to crack a solid unit as undrafted rookies. It’ll be interesting to see if safeties Marcell Harris and Talanoa Hufanga moonlight in linebacker drills.

Analysis: Thomas and Lennoir could make camp very interesting if they prove ready to challenge incumbent starters in Moseley and Williams, the latter being an elite slot cornerback but one who’s battled injuries in recent years. Richard Sherman’s return seems like more of a long shot after his recent arrest amid personal struggles.

Analysis: Moore had Achilles surgery a month ago, so the 49ers need to find quality options at free safety behind Ward. Jefferson’s comeback from a 2019 knee injury is worth watching.

How Wesley Snipes' Original Daywalker Could Return In Blade