Jimmy Crute asked for Anthony Smith, and he's ready to seize the opportunity now that he's got him at UFC 261.

JACKSONVILLE, Fla. – Jimmy Crute asked for the fight, and he got it.

What was it about a matchup against Anthony Smith that caused him to ask UFC matchmakers for the former light heavyweight title challenger?

“This is the fight that I asked for,” Crute said. “Even before I got the Johnny Walker fight, I asked the matchmakers for Anthony Smith. To take this opportunity is a big step, but it’s a small step in the scheme of things. … I feel like a lot of those top guys don’t want to fight an up-and-comer.

Uriah Hall recounts facing 'demons' during difficult 2020: 'The genius thing I did was I didn't quit'

Despite struggling to find matchups, Crute takes it in stride. He’s confident in his abilities and will stick to the process in order to reach his goals – unlike some of his UFC counterparts.

“It’s tough to sort of climb up the rankings,” Crute said. “At the same time, if you’re determined and you do the right things, you’re going to get there. These guys sit there and complain that they don’t get opportunities and stuff. Make one.”

When the cage door closes and Crute is locked inside with Smith, he predicts it’ll be his time to shine. A win over a well known fighter on a pay-per-view main card should boost Crute’s reputation. He’s ready for the challenge.

“Yeah, it’s definitely going to be a breakthrough moment – one of many, I hope,” Crute said. “I’m not thinking too much about the moment. I’ve got a job to do. I’ve got to fight Anthony Smith. It’s going to be a hell of a challenge, but I’m not thinking about the moment. I’ll enjoy that after I get the job done. I’m here for business and business only.”

Crute laid out his official prediction without much detail – and it sounds like he doesn’t the fight to be close. 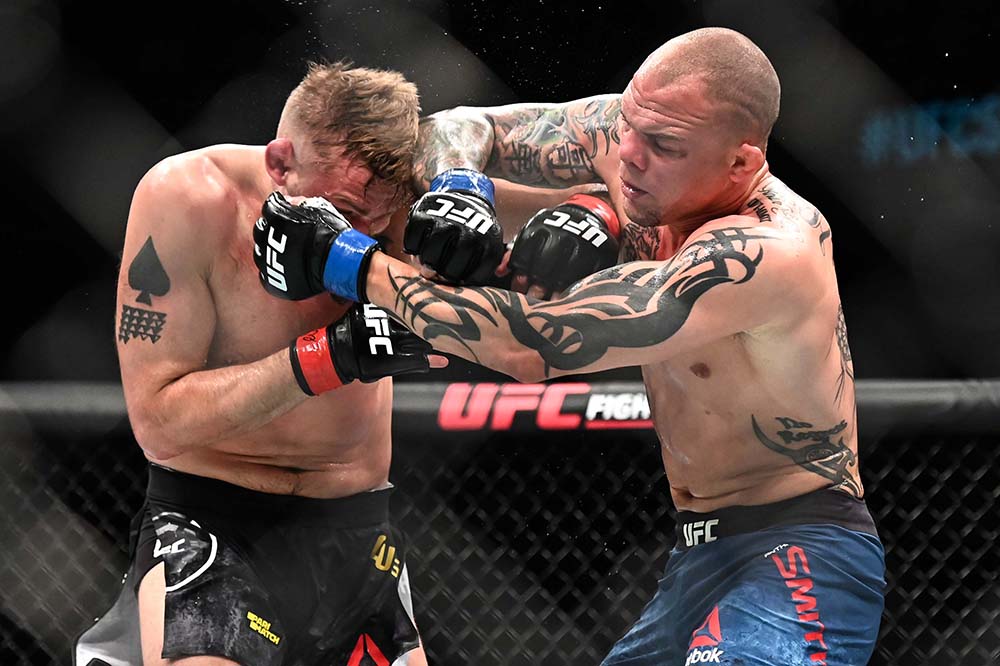