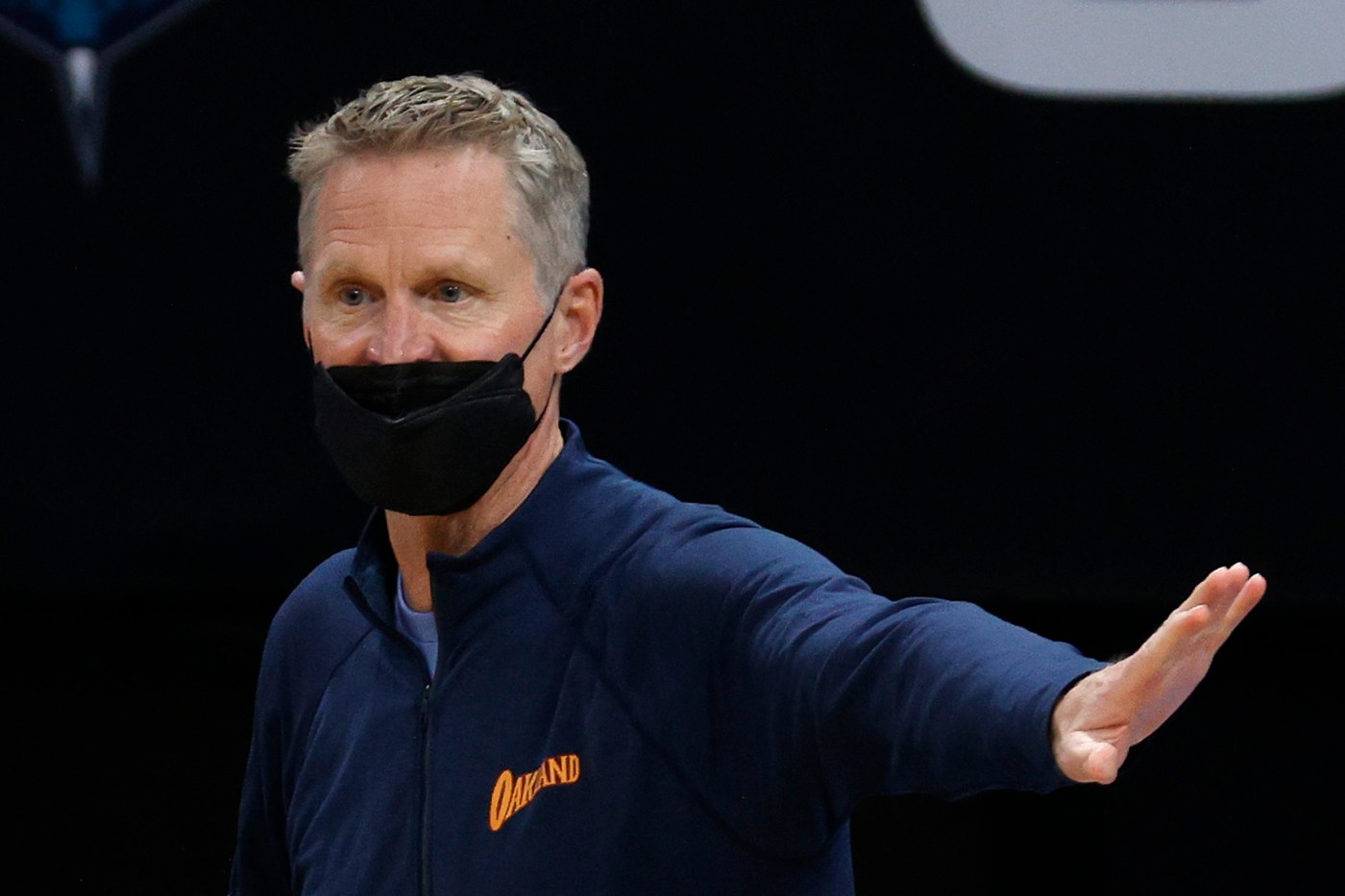 The Golden State Warriors have doubled the size of their analytics department since their last trip to the NBA Finals in 2019.

Thirteen games into the season, for Warriors head coach Steve Kerr, was not enough time to make any determinations about his rotation. “One thing we’re trying to do is not jump to conclusions based on small sample sizes,” Kerr said after a Jan. 17 practice.

The Warriors had just lost two straight games to drop back to .500, and Kerr promised to keep tinkering with his lineups. The Warriors won their next game — a 19-point comeback over the Lakers — in part because of Kerr’s decision to move Kelly Oubre Jr. into the second unit.

That decision, and many others, was partly influenced by the findings of the Warriors’ growing analytics department. Since the beginning of last season, Golden State has doubled the size of the analytics team in order to help with scouting, player development and rotation patterns as the organization pushes forward to the next era of Warriors basketball.

As the sample size grew over the course of the season, Oubre was replaced in the second unit by Andrew Wiggins, Kevon Looney was inserted as the starting center and Golden State decided to experiment with rookie James Wiseman in the second unit.

That’s because the data showed that, despite the early-season sample, the Warriors are actually better when Oubre plays more alongside Stephen Curry and Draymond Green, that the Warriors could go from having one of the worst starting lineups to one of the best with a single swap and that Wiseman’s penchant for scoring could give the second unit a needed boost.

That last adjustment is part of an ongoing experiment to test different lineup combinations. As Kerr explained in January, one of the goals of the regular season will be to find lineups that work through trial and error.

“Our numbers are only as good as the data we have,” said assistant general manager Kirk Lacob in a phone interview. “So sometimes we have to build that data over time.”

When Lacob first arrived in Golden State more than a decade ago, the analytics department consisted of one person doing rudimentary statistical work. Soon, that person became Sammy Gelfand, who advanced the organization’s projects and provided basketball operations with daily reports. Gelfand was hired away by the Pistons in 2018, and Pabail Sidhu — a former Microsoft and University of Washington employee — took over as the director of basketball analytics and innovation.

But as the Warriors prepared to rebuild after five straight trips to the Finals, they decided before last season to expand the analytics staff. They hired data scientist Matt Holbrook from Stats Perform, the company that helped pioneer the tracking data that is now commonplace in the NBA, and Kevin Steele away from the startup world. The organization plans to hire another staffer under Sidhu, expanding the department to four.

The analytics team touches every part of basketball operations. The Warriors’ scouts will ask the department for models that can help predict if success in the college game will translate to the NBA. Kerr, who isn’t shy to shoot Sidhu a text about something he sees in film study, looks forward to his game reports every morning. Those reports track an array of indicators that measure the team’s ball movement, including passes made, the distance of those passes and paint touches.

Last month, when Looney and Wiseman returned from injuries, assistant coach Mike Brown used the department’s data to plan the new rotation patterns. The data clearly showed that Looney should remain a starter, but the coaching staff also wanted Wiseman, the No. 2 pick in the draft, to get the necessary playing time to grow. They settled on Looney starting and Wiseman playing from the six-minute mark of the first quarter to the six-minute mark of the second.

“We know that James is huge talent that is going to be big for us sooner than later,” Brown said. “When he’s on the floor, the data may not always show that he’s the best (in certain lineups), but have to think long-term and try to find ways to get him out on the floor as much as possible.”

This is the tricky balance for the Warriors this season. While the goal is to make the playoffs for the first time since the 2019 Finals, the organization is also prioritizing the development of Wiseman and Golden State’s other young players. Chris DiMarco, who heads the Warriors’ player development staff, uses reports from the analytics department to monitor Wiseman’s impact on defense, Paschall’s 3-point shooting and Wiggins’ scoring. As much as it is to draw conclusions from past performance, the job of the analytics department is to be forward-looking.

When Oubre was struggling with his shot, Green was out of shape and Kerr was being criticized for not playing Curry more in fourth quarters, the analytics department’s models projected that Oubre needed to keep shooting, Green’s conditioning was progressing, that Curry would ultimately benefit from the strict minutes pattern. Now, Oubre is back to shooting his career average from 3-point range, Green is enjoying his best stretch of the season and Curry is playing at an MVP level.

But Lacob, Sidhu and others in the department will be the first to tell you that all credit can’t go to the analytics. There’s something to be said about teammates jelling over time, coaches trusting their instincts and Green and Curry leaning on their experience. All the analysts can do is use the data they have and communicate their findings with coaches and players.

“It’s a lot of information that you do take into account,” Brown said. “These guys are really good. They’ve done a fantastic job since being here.”