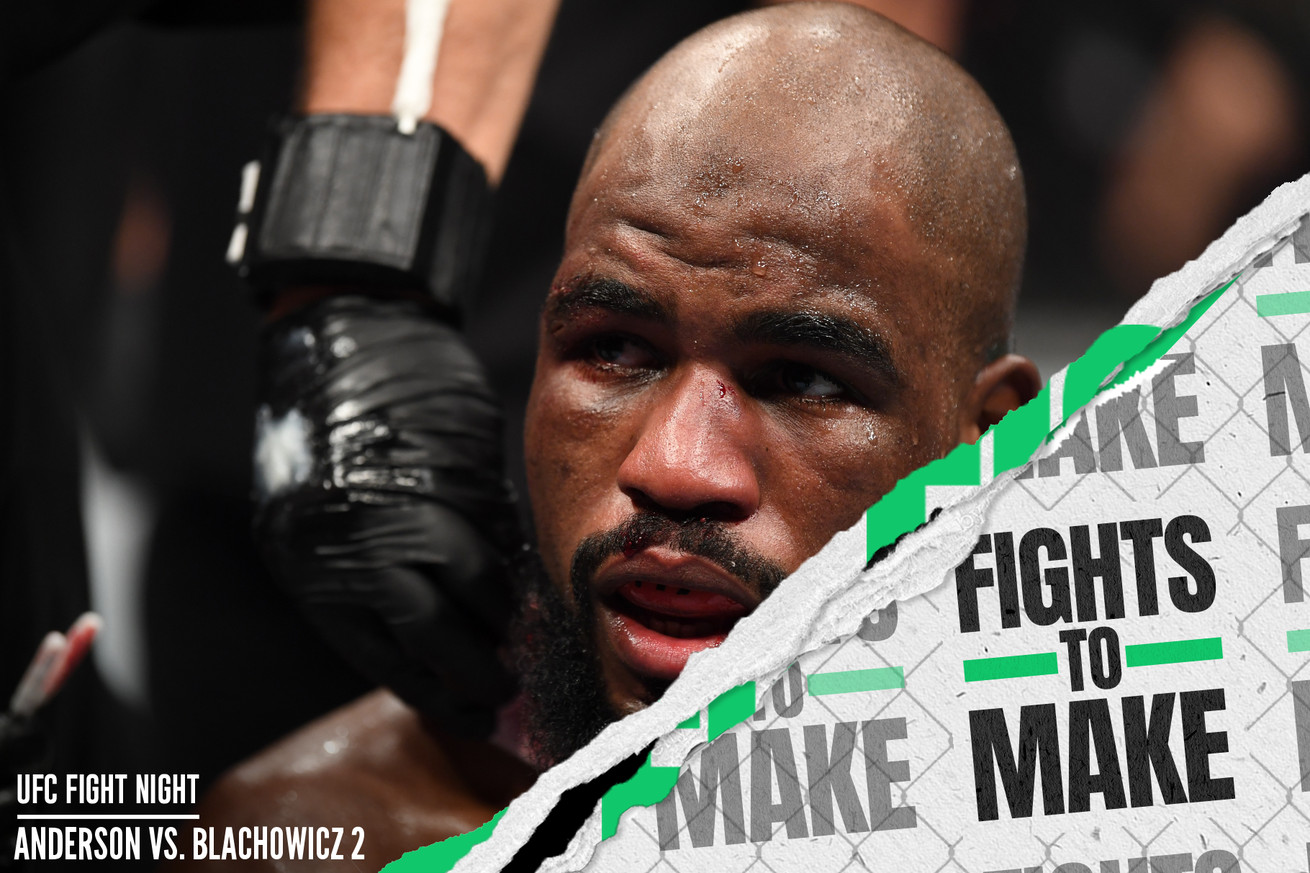 Tim B. looks at where the UFC Rio Rancho main card fighters should go next following a decent night of action.

We’re only one week out of UFC 247 and we already have someone else lined up to fight Jon Jones. UFC Rio Rancho went down in New Mexico last night with the P4P king in attendance, and Jan Blachowicz did his best to make everyone forget the name Dominick Reyes with his early knockout win over Corey Anderson. Reyes may be at the front of the line for another shot at Jones, but Blachowicz is now right there with him.

The rest of the card was light on relevance, but delivered some decent action. Two DQs on the main card makes writing this a little more difficult (and it’s been a while since I wrote one of these things), but let’s see where we end up. Without further ado, here are the fights I would make in the wake of our latest UFC event.

Jan Blachowicz - Yes, a matchup with Jones is the obvious way to go. Blachowicz immediately went over to the side of the cage where Jonny Bones was sitting after the KO to make it abundantly clear what he wants next. There’s only one problem with that, and that’s Dominick Reyes. Reyes deserves an immediate rematch with Jones, and there’s much more interest in that fight now than a Jones-Blachowicz fight. Blachowicz, to me, needs one more win to earn that shot, and I think the winner of the Anthony Smith vs. Glover Teixeira fight in April is the right person to put in the Octagon across from him.

Corey Anderson - This was undoubtedly a huge setback for Anderson, especially after all the talk he was spouting. Losing a decision would be one thing, but he was knocked out - badly. That’s the third time he’s been straight KO’d in the UFC, and that’s not exactly helpful for your brand. It’s back to the drawing board for Anderson, and a fight with Volkan Ozedemir would do a little bit to sort out the next tier of the division just below the current title picture.

Diego Sanchez - As I said in my post-fight analysis, I have no problem with the choice Diego made to pick up the W there. It was an illegal shot, and he had every right to accept that and choose not to continue. But when it comes to what’s next for him, I’m really short on options. Sanchez has been around forever and he’s a legend, but let’s face it - he’s a pretty irrelevant welterweight in today’s UFC. I guess he could run it back with Michel Pereira, but what would be the point? I think the best way to sell a Sanchez fight nowadays isn’t to put him in there with just anybody, it’s to match him up with a name fight fans know. To me, that name right now is Mike Perry. Yes Perry has lost two in a row and five of seven, but that’s kind of perfect for this version of Diego. Perry would talk it up, Sanchez would say something bizarre in return, and bam - you have a decent main card fight for an event of your choosing. Let’s do this.

Michel Pereira - Pereira is in the UFC because he’s exciting. He’s certainly not there because of his record. So, give him a fight against someone tough but middling - I would say Ben Saunders normally, but they cut him. How about fellow UFC Rio Rancho shortcomer Tim Means? That sounds like a bit of fun.

Montana De La Rosa - Nice win over Mara Romero Borella. The winner of the Cynthia Calvillo-Antonina Shevchenko fight would be a good next step for De La Rosa.

Brok Weaver - Just run it back with Kazula Vargas I guess.

Ray Borg - Borg is in a strange position. He’s winning, with some dominance. Rogerio Bontorin is no joke, and Borg made it look relatively easy. But he can’t consistently make weight at 125, and he’s a bit too small at 135. So what does he do? His future should be at flyweight, and hopefully he can get with the UFC PI and figure it out. If he can, give him Brandon Moreno next. That sounds like something I want to see.

Lando Vannata - He had a surprisingly easy time outstriking and defeating Yancy Medeiros. I wasn’t expecting that. Vannata is very exciting when he wants to be, but he’s so inconsistent. The winner of the John Makdessi vs. Francisco Trinaldo matchup in March would be a decent next test for Vannata. For entertainment purposes, I hope it’s Makdessi because they’re a better matchup on the feet. But Trinaldo would be a real test for Vannata’s overall MMA game, so I don’t mind that either.