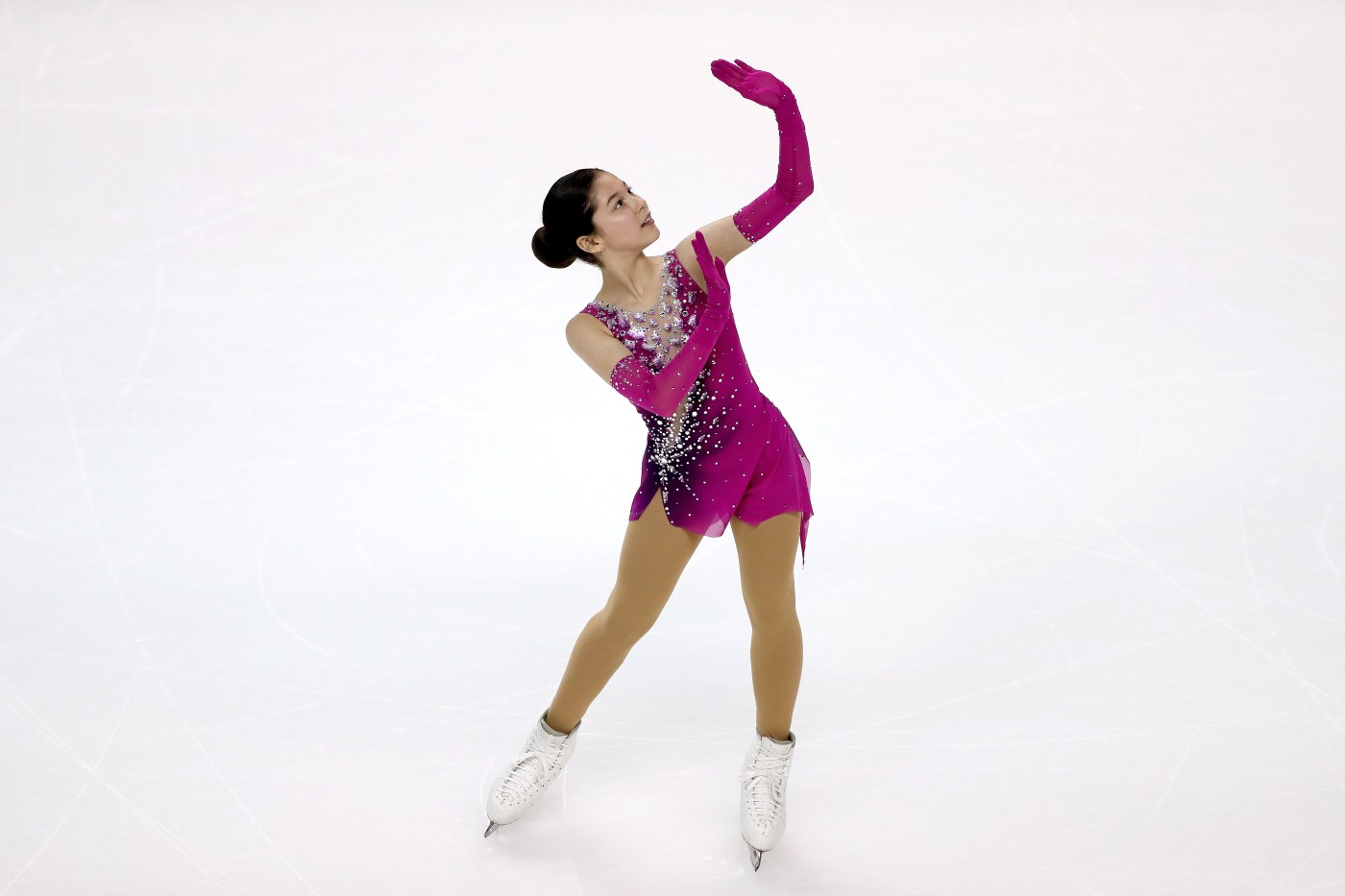 Bradie Tennell has a record performance to take the lead over Richmond's Alysa Liu at the U.S. Figure Skating Championships in Greensboro, North Carolina.

Bradie Tennell was not going to make it easy on Alysa Liu at the 2020 U.S. Figure Skating Championships in Greensboro, North Carolina.

Tennell, the 2018 champion, wanted the title back Liu won last year as a precocious 13-year-old from Richmond.

But it took an almost flawless program Thursday night for Tennell, who dazzled judges to score an event-record 78.96 points to win the women’s short program.

Liu, who successfully did three triple axels in the warmup, stepped out of the big jump in an otherwise well-executed program to “Don’t Rain on My Parade” by Barbra Streisand. The axel was docked 1.94 points in the grade of execution as Liu finished second with 75.40 points to set up a dramatic free skate Friday night.

Liu, 14, needs to land her big jumps to overcome the artistic beauty of Tennell and Mariah Bell, who was third Thursday with 73.22 points.

Liu was the only athlete in the 18-skater field to attempt a triple axel jump — a 3 ½ rotation maneuver that is worth more than five points more than the double axels. Liu said she plans to attempt two triple axels and a quadruple lutz Friday night in the free skate. But she said last week she and her coaches could add another quadruple jump to help elevate the scores to combat her competitors’ artistic advantage.

Tennell, a 2018 Olympian, had a technically clean program by landing a triple lutz and triple toe loop combination, a double axel and a triple flip.

“It’s just a different side of me,” Tennell told NBC. “It’s like peeling back the layers of the onion. I’ve grown into myself a little bit more.”

Liu, the youngest skater to win a U.S. senior title, has been scrutinized for not having the skating skills equal to the older women. But it is a part of her skating that Liu and coach Laura Lipetsky have focused on in the past year.

Most recently, Liu has started to work with Massimo Scali, a three-time Olympic ice dancer from Italy.

“The goal for Alysa’s improvement is to raise the level of her skating skills to reach an effortless way of skating,” Scali said this week. “Also, improving the maturity and the quality of her movements by focusing on her expression and connectivity throughout the programs.”

Scali is confident the 4-foot-10 Liu will eventually become a more complete skater.

“Alysa has absorbed so much new information in just a few weeks of working together,” he said. “She’s already more polished and demonstrating better flow, attention to detail and expression. That’s what I expect from her this year and I know she will make it happen.”

Amber Glenn, 20, had one of her best short programs to score 73.16 points to place fourth, just ahead of 2018 Olympian Karen Chen of Fremont.

It had been almost two years since Chen performed well on the major stage because of a lingering foot injury and boot issues. Now a Cornell University freshman, Chen looked as fluid as ever scoring an impressive 70.41 points to place fifth.

Chen’s only flaw Thursday was doing a double toe jump in a triple-triple combination. But Chen’s triple lutz and triple loops looked solid in the 2-plus minute program.

In another milestone moment, 2014 Olympian Gracie Gold competed at the national championships for the first time in three years. Gold, a two-time U.S. champion and Olympic team bronze medalist, returned after getting treated for mental health issues. Gold placed 13th.

Also Thursday, Jessica Pfund of Los Gatos and partner Joshua Santillan were eighth in the senior pairs’ short program. Kate Wang of San Francisco finished fifth in the junior women’s competition with a total score of 160.88 points. Although she did not fall, judges downgraded Wang on two of her combination jumps.  Bay Area skater Mia Kalin finished 13th after falling on a combination jump. Kalin, 11, entered the free skate in seventh place.

Junior ice dancers Katarina Wolfkostin and Jeffrey Chen of Fremont were fourth in the rhythm dance with 60.93 points. They are four points behind third place and almost 14 points behind leaders Avonley Nguyen and Vadym Kolesnik.