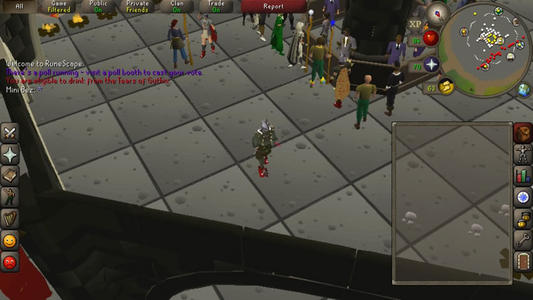 Truth is, even if the game was like it had been before the Grand Exchange and that, I would have at least played RuneScape off and on while watching TV shows and things like that. As it was, they murdered what I enjoyed in favour of enhancing the match, and it was not for me anymore. The irony is, if I went back to OSRS gold, I'd probably enjoy it. My issue is that I would need to start all over again, and for a participant with a personality that was mostly active during the OSRS days, it is frustrating that I could not move my account in to OSRS (as far as I know).

I had the exact same fear but as soon as I started Skilling a bit I got addicted again. I left the afternoon of RS3 release and I still have never logged in to rs3. I have a Max battle account with some other 99s inside so I feel the pain of having to do things over again in 07 but at the exact same time it's almost nostalgic to train and that I still get that Rush getting levels back again. Restarting really sucks but once I started playing I could not stop. The mobile release has truly helped. I am able to play Anywhere making it very simple. It is nice to be able to ability while on lunch break.

Curious to know if anyone's in the beta along with your ideas on if you'll use it and if you believe that it'll be a victory. Additionally, do you believe Jagex are ready for the world of mobile that is as susceptible to cheating because the normal game? I can only assume they're working to make sure people can not cheat but I can't see all of their preventative measures functioning. I'm personally excited about playing on the go. I think I could manage the game because capacity, whereas sitting down and playing it just is not my thing. Particularly when there are so many different games to playwith.

This probably leads into more debate about the portability and also with the successes of this nintendo switch I could see why mobile would be a good way to get folks interested. Although I really do think if Jagex start gearing Runescape towards mobile users you may see even more micro-transactions and casual gaming examples. I also believe Buy RS gold would be a vastly different cellular game than most - mechanics-wise and due to the fact it originated on the internet. I would assume better functionality could exist for people who play on line, but my mindset is too narrow. I just can't see myself risking my things going bossing or PVPing.