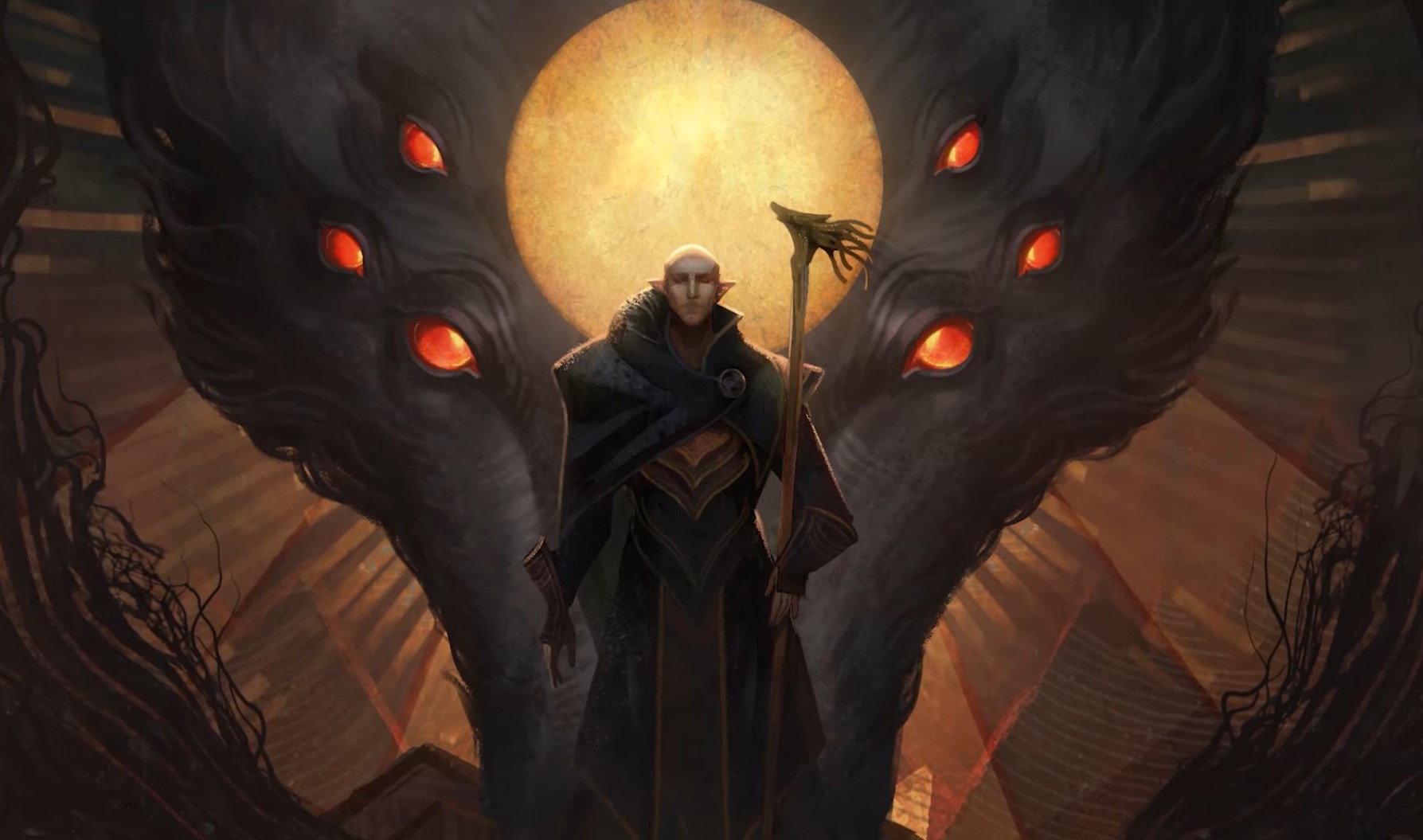 Bioware is celebrating this year's Dragon Age Day by highlighting works from the community and giving yet another tantalizing look at the long-awaited Dragon Age: Dreadwolf. The developer and fans are also supporting a good cause, the Trans Empowerment Project via Tiltify. The fan-organized Unofficial DA Day Team has a preliminary goal of $15,000 in donations, and in previous years supported Child's Play, the Legal Defense Fund, and AbleGamers.

First thing's first, the new Dreadwolf cinematic. It's pretty light: a 2D motion graphic-style cutscene narrated by all-timer Bioware companion, Varric Tethras. It reminds me of the chapter cutscenes from Dragon Age 2, and definitely seems like something from close to the beginning of the game. It's pretty much just Varric reminding us of Solas' whole deal⁠—the chrome dome Inquisition companion was secretly a primeval trickster god the whole time, and now he wants to do something nefarious and metaphysical to the realm of dreams.

I'm mostly just happy to get some further confirmation of Varric's involvement in the story. Will Bioware finally take the nuclear option and let us date the wee man? It's been thirteen long years, and my little bud can certainly do better than his lame-oh on-again off-again girlfriend who showed up in Inquisition.

Bioware also highlighted the upcoming Dragon Age: Absolution, an animated spinoff that will start streaming on Netflix December 9. It looks like we'll finally get to see what happens when you pull the trigger on a war table operation in Inquisition. Bioware also shared a new short story focusing on the Antivan Crows, and the developer announced that the Sims 4 will be getting a Dragon Age collection similar to its Mass Effect one.

If you'd like to catch up on the next Dragon Age game, you can check out our guide on everything we know about Dragon Age: Dreadwolf. If you're interested in supporting the Dragon Age Day fan community's fundraiser for the Trans Empowerment Project, I can direct you to their Tiltify page.

Today24.pro
What REALLY Happens To Your Metabolism After 40 (SHOCKING) What has happened this MLB offseason? A look at all the moves made in the AL and NL Central. Chicken & rice casserole EASY #recipe The Sad Death Of Lisa Loring, The Original Wednesday Addams