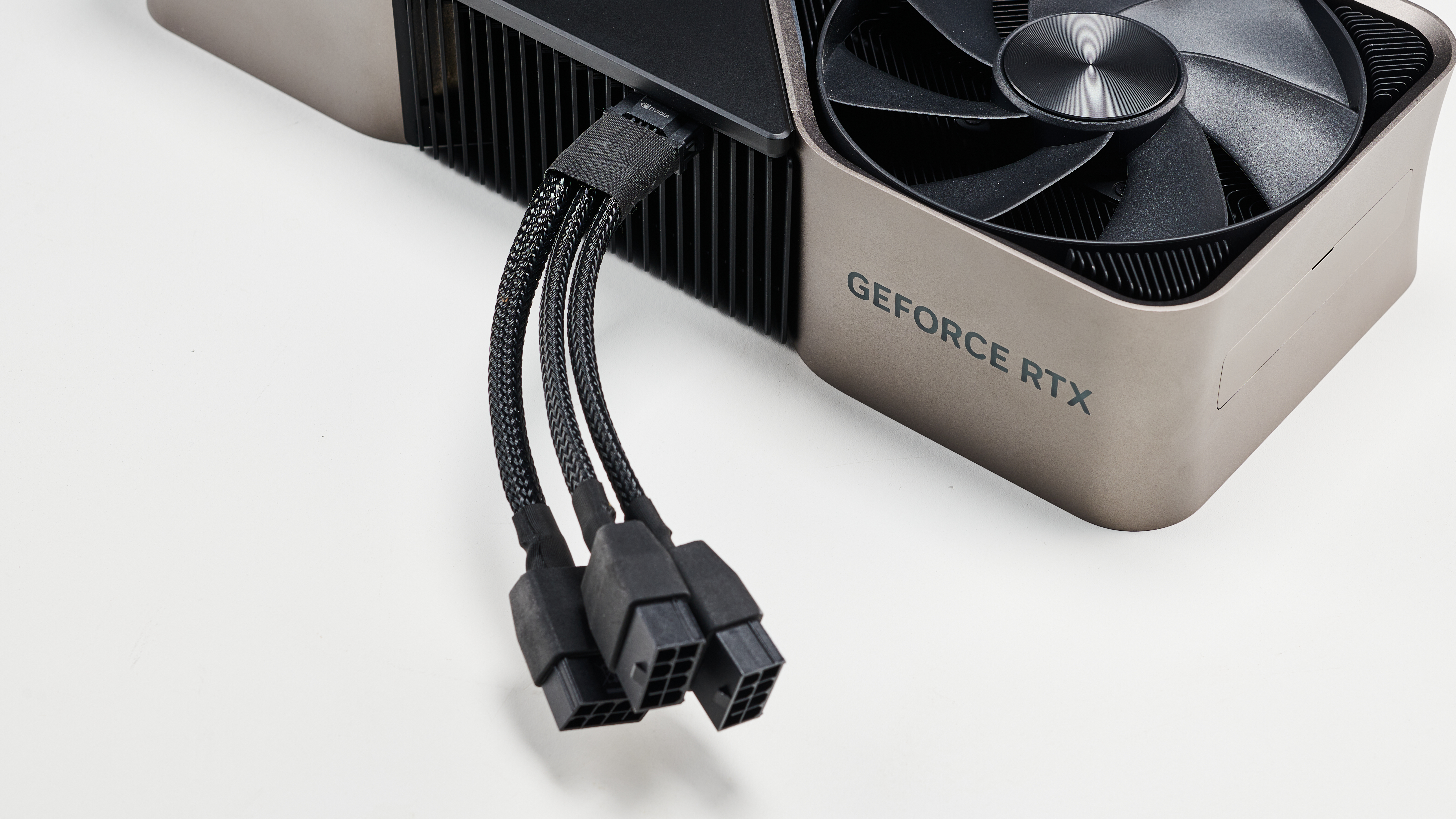 "PCI-SIG wishes to impress upon all Members... of the need to take all appropriate and prudent measures to ensure end user safety."

PCI-SIG has released a statement on the ongoing saga of the 12VHPWR adapter being bundled with Nvidia's RTX 40-series graphics cards. The consortium responsible for many standards in PC gaming, including power delivery to GPUs, has said that it would like to remind all of its members—which include Nvidia, AMD, and others responsible for smaller components and parts—that they must test to ensure end user safety with the 12VHPWR adapter.

The 12VHPWR adapter—found on the Nvidia GeForce RTX 4090 and RTX 4080—has been embroiled in recent controversy regarding its safety, following reports of melting and heat damage while in use. The issue, affecting an amount of Nvidia GPUs today (maybe 50 or so according to Nvidia but arguably too many), is currently the subject of a class-action lawsuit.

"We previously sent an email notifying you that one manufacturer has reported to PCI-SIG potential safety issues with its use of the 12VHPWR connection," PCI-SIG notes in an email sent to PC Gamer. "Further to that, we have been informed of a recent lawsuit: Genova v. Nvidia Corporation, U.S. District Court for the Northern District of California case No. 5:22-cv-07090. The lawsuit alleges, in part, that 12VHPWR cable plugs experienced 'melting … posing a serious electrical and fire hazard.'"

The lawsuit is a class action filed by an individual as a purchaser of an Nvidia RTX 4090 graphics card, which claims: "The gravamen of this action is that Defendant marketed and sold the RTX 4090 with a defective and dangerous power cable plug and socket, which has rendered consumers' cards inoperable and poses a serious electrical and fire hazard for each and every purchaser."

PCI-SIG has released in response to the lawsuit:

"PCI-SIG wishes to impress upon all Members that manufacture, market or sell PCI-SIG technologies (including 12VHPWR connections) of the need to take all appropriate and prudent measures to ensure end user safety, including testing for the reported problem cases involving consumers as alleged in the above-referenced lawsuit.

"Members are reminded that PCI-SIG specifications provide necessary technical information for interoperability and do not attempt to address proper design, manufacturing methods, materials, safety testing, safety tolerances or workmanship. When implementing a PCI-SIG specification, Members are responsible for the design, manufacturing, and testing, including safety testing, of their products."

Essentially, test your own cables.

The 12VHPWR connector is outlined in the PCIe 5.0 specification, and is also included as a part of Intel's ATX 3.0 specification for power supplies. AMD has confirmed it will not be using the connector for its next-generation, though this decision will have certainly been made many months before the connector issues first reared their ugly head.

Nvidia, as the primary manufacturer affected by the issue (though the connector is not Nvidia's alone), has said it is investigating the issue. From its initial inquiries, and from looking at affected cards it has collected, the company has said what it believes so far could be the cause for the problem: not fully plugging in the connector.

"We are actively investigating the reports. We are aware of about 50 cases globally," Nvidia says in a post on its support knowledgebase titled 'Power Connector Update – GeForce RTX 4090'.

Best CPU for gaming: The top chips from Intel and AMD
Best gaming motherboard: The right boards
Best graphics card: Your perfect pixel-pusher awaits
Best SSD for gaming: Get into the game ahead of the rest

Nvidia says it is looking into ways to ensure this connection has been made before powering on the graphics card.

The 12VHPWR connector is able to deliver up to 600W, so a proper connection is sure to be essential to ensure that wattage is delivered safely. However, third-party reports also suggest that two different 12VHPWR adapter manufacturers with varying connection points could be seen to have an impact on whether this issue occurs or not. One of those companies, Astron, is listed as a PCI-SIG member, as I'm sure too will be the other, NTK. Though I can't find that name directly listed. so it may be under another.

Perhaps these reports are also why PCI-SIG feels the need to remind its members that testing and proper design are their own responsibility. Either way, it doesn't look good for anyone if a $1,599+ graphics card goes up in a puff of smoke, let alone the associated fire risk that goes with that.