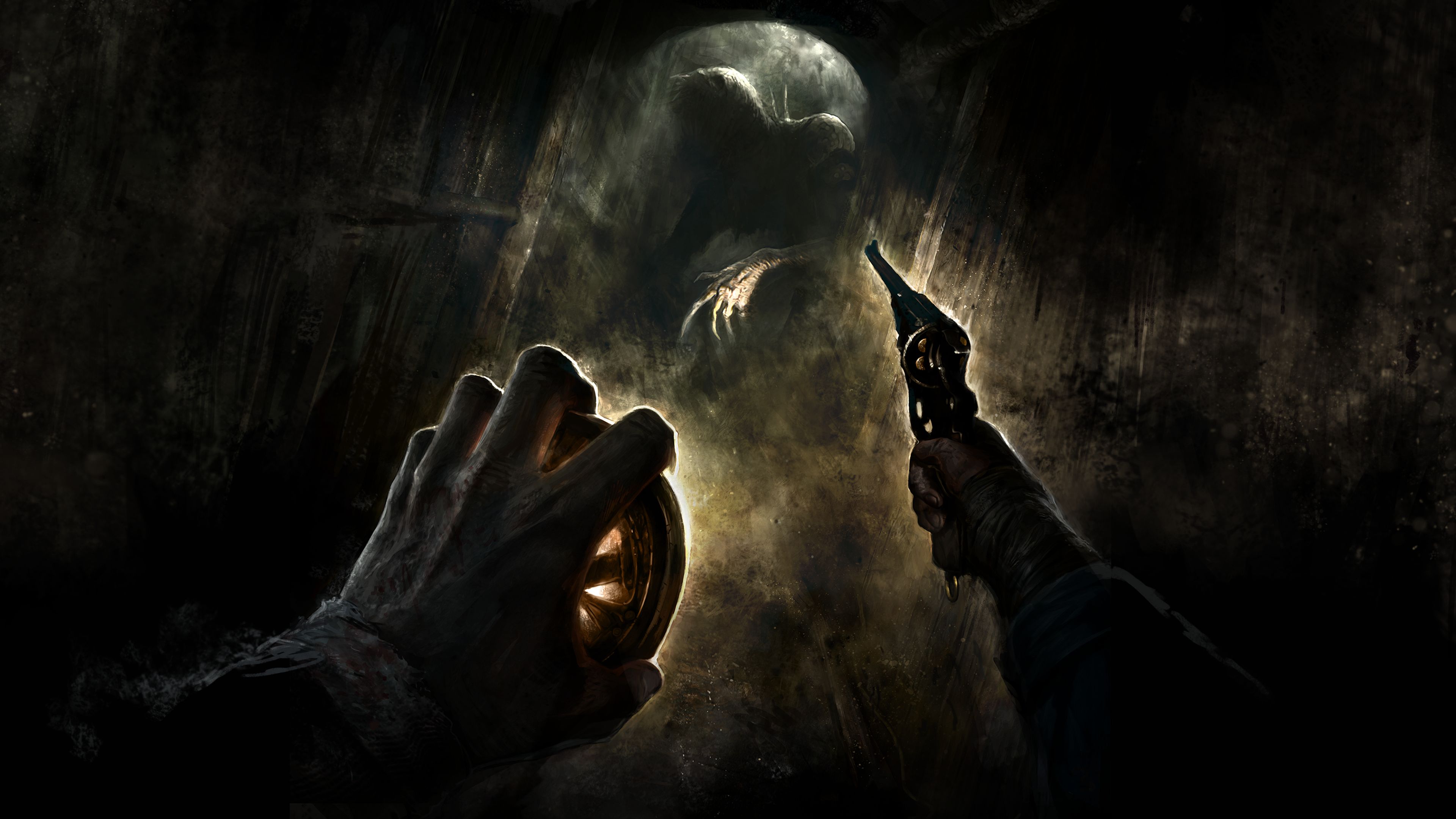 The next addition to the infamous Amnesia horror series will be out in 2023.

The groundbreaking Amnesia horror series is returning with a brand new game called Amnesia: The Bunker, and this time developer Frictional Games is doing things a little differently. The new game will feature unscripted survival-horror gameplay in a sandbox-style semi-open world, enabling complete control of moment-to-moment decisions, and you'll even get a gun and a flashlight to help smooth things out.

Like its predecessors, Amnesia: The Bunker will be set in the past, but will continue to bring the series a little closer to contemporary times. Players will step into the role of a French soldier trapped inside a dimly-lit First World War bunker, who's being hunted by... something. Naturally, he has no idea why he's there or what's chasing him—only that he needs to escape. I'm sure he'll be fine.

Both The Dark Descent and Rebirth, as well as Frictional's non-Amnesia masterpiece SOMA, are very linear experiences: You can run and hide from monsters as you see fit, but everyone experiences the same general story progression from start to finish. The Bunker is an attempt to step out of that format and move into something more organic and reactive: It will have "hardly any scripted events," and every puzzle and obstacle in the game will have "multiple available solutions."

"We know we can do story and narrative quite well, especially the more linear versions of it, but we want our players to be able to express themselves more in our games," Amnesia: The Bunker creative lead Fredrik Olsson told PC Gamer. "In The Bunker we’re going all-in survival horror and we focus foremost on making it a really scary experience. To achieve this, we are experimenting with more systemic, dynamic, and emergent gameplay, and trying to give our players a higher sense of agency."

Understandably, the studio is approaching the development of The Bunker in a very different way than it has in its previous games. "With a sandbox-style design, the challenge becomes much broader and mechanics driven," Olsson said. "Instead of trying to lead the player through a set number of situations, triggers or events you need to constantly think in systems. You still need to envision quite specific scenarios that you would like a player to (potentially) go through. The difference here is that you need to design your systems so that they fuel and enable those types of scenarios dynamically.

"For us, when designing The Bunker, the most important thing (and the first thing we did) was to find our core framework and core gameplay loop. We knew these would have to generate several hours of playtime. We want to deliver a sense of stress, dynamic threats, have player decisions affect the world and overall just have a strong contrast between risk and reward. When we had found a promising core, the rest was all about building/tweaking that core and attaching new secondary systems on top of that."

Amnesia: The Dark Descent was a genuinely revolutionary game in 2010, but I'm just playing through Rebirth now (believe it or not, the timing is entirely coincidental) and the horror experience is definitely blunted: Rather than screaming and fleeing in blind terror as, well, I may have done in Dark Descent, in Rebirth I'm more focused on staying mobile and slipping past enemies when opportunities present themselves. It feels more like a stealth game than horror: It's excellent and I'm very much enjoying it, but the alchemy that made The Dark Descent such a terrifying brain-melter just doesn't have the potency it once did. Frictional hopes The Bunker will bring back that magic, and maybe even exceed the horrific stands it set with its previous games.

"If you manage to create a tense, suspenseful and scary experience where the player has a strong sense of agency, it immerses the player more in the world," Olsson said. "With strong immersion comes strong emotions. So even if the sandbox-y approach doesn’t allow you to tailor the experience, it creates a strong foundation for really scary moments.

"If you get your systems to play together just right the player's brain will be constantly occupied with planning, contemplating and weighing every decision, knowing that it’s their own actions that might lead to some horrible consequence or some great reward. When you have a person in that type of mode, the more dynamic, emergent, and coincidental scares can be even more powerful than the ones you’ve deliberately staged."

The inclusion of a weapon in The Bunker is also very interesting: Previous games in the Amnesia series have limited players to strictly defensive actions—that is, running, hiding, crying in a corner like a small child. The pistol seen in the trailer clearly isn't very powerful (in videogame terms, at least) and I don't imagine we'll be swimming in ammo, but the mere fact that we'll be able to fight back at all is a potentially major change in the overall dynamic.

And while The Bunker is set in the Amnesia universe and "another addition to its lore," Frictional said the story will be more focused on the player's decisions and actions, rather than following a specific character: "The Amnesia universe is simply a very interesting setting to do that in."

It'll be tough to pull off, but if Frictional is able to successfully immerse in an unscripted and unpredictable world filled with all the deeply-warped awfulness the studio is known for, it could be a genuinely dreadful experience—in all the best ways, of course. Amnesia: The Bunker is expected to launch in 2023 on Steam and the Epic Games Store, along with Xbox and PlayStation consoles. For now, you can find out more at amnesiathebunker.com.