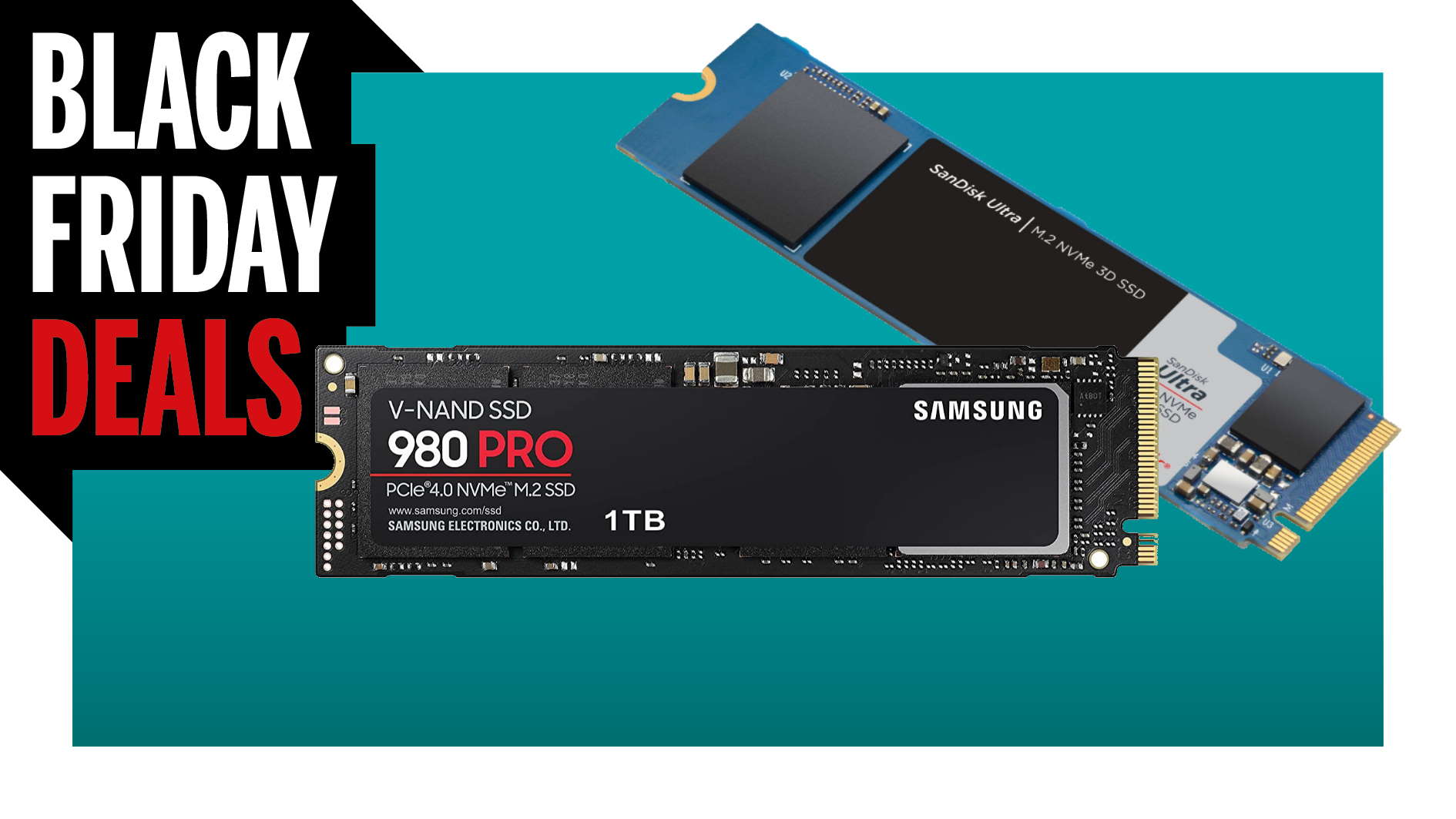 Cheap PCIe 3.0 SSD deals are more plentiful, but you can still save on the fastest storage sticks.

If you're in the market for some PC storage no larger than a stick of chewing gum this Black Friday, and you've yet to commit any cash, you're in the right place. Perhaps you've seen some bargains that've piqued your interest, but you've not taken the plunge in the hope of a better deal. Well, Friday has been and gone, but there are still plenty of Black Friday SSD deals to be had.

The best discounts can be found on Gen 3 drives, with the pick of the 1TB bunch being on the SanDisk Ultra, still $150 off to $79.99 at Best Buy. It's not the speediest stick when it comes to the best NVMe SSDs, but it'll still be a huge upgrade if you're coming from a SATA SSD.

From an HDD the difference will be night and day. If you're really budget-focused you could go for a lower-capacity drive, but I wouldn't really recommend anything lower than 512GB nowadays.

However, if only the fastest and best SSDs for gaming will do, then you may have decided you're PCIe Gen 4 or bust. Most won't notice a huge difference day to day, but if you have to have the latest thing—and your motherboard supports them—there are savings to be had. I can personally vouch for the rapid Samsung 980 Pro, now $169.99 at Amazon with a discount of $60—the best deal on a 1TB Gen 4 device right now.

SanDisk SSD | 1TB PCIe Gen 3 $79.99 at Best Buy (save $150)
If you're after the speed and reliability of an SSD at a bargain price then it doesn't get better than this. One terabyte is plenty for your PC's main storage but I use my SSD (albeit not this exact model) as secondary storage for games purely for the speed factor.

Samsung 980 Pro | 1TB | PCIe 4.0 | $169.99 at Amazon (save $60)
Samsung's premium next-gen internal SSD may not top the charts, but it's still a solid performer and has enjoyed some healthy price cuts since its launch. Strong 4K performance and solid real-world performance make for a quality option, particularly at this price.

If you're on the fence about making the leap to Gen 4, know that the difference will become more pronounced with time; If you've got the wallet space to go with the future-proofed option, it will be worth it in the long run. Also, if you only have a PCIe  3.0-compatible motherboard, remember you still can pick up a PCIe 4.0 drive if you spot the right deal for you. It's performance will max out at your current 3.0 interface, but it'll still be as fast or even faster than the best Gen 3 drives available.

Speaking of mobos, if you're in need of a new one, start your search at our best gaming motherboards list. Just make sure that you choose the right chipset for your intended CPU, it supports Gen 4, if that's what you're looking for, and it has the features you need—think support for high-performance RAM, a certain number of USB ports, that sort of thing.

Today24.pro
Dolomites, Italy: Brenner Pass and Reifenstein Castle - Rick Steves Europe Travel Guide AMD RX 6500 XT is Worse Than 2016's GPUs: Benchmarks vs. GTX 1060, 970, 960, & RX 580 Bet £20 on Arsenal vs Burnley and get money back as cash if you lose, plus 176/1 prediction and tips with Paddy Power Who is Dan Evans’ girlfriend Aleah, and how long as she been with Australian Open tennis star?