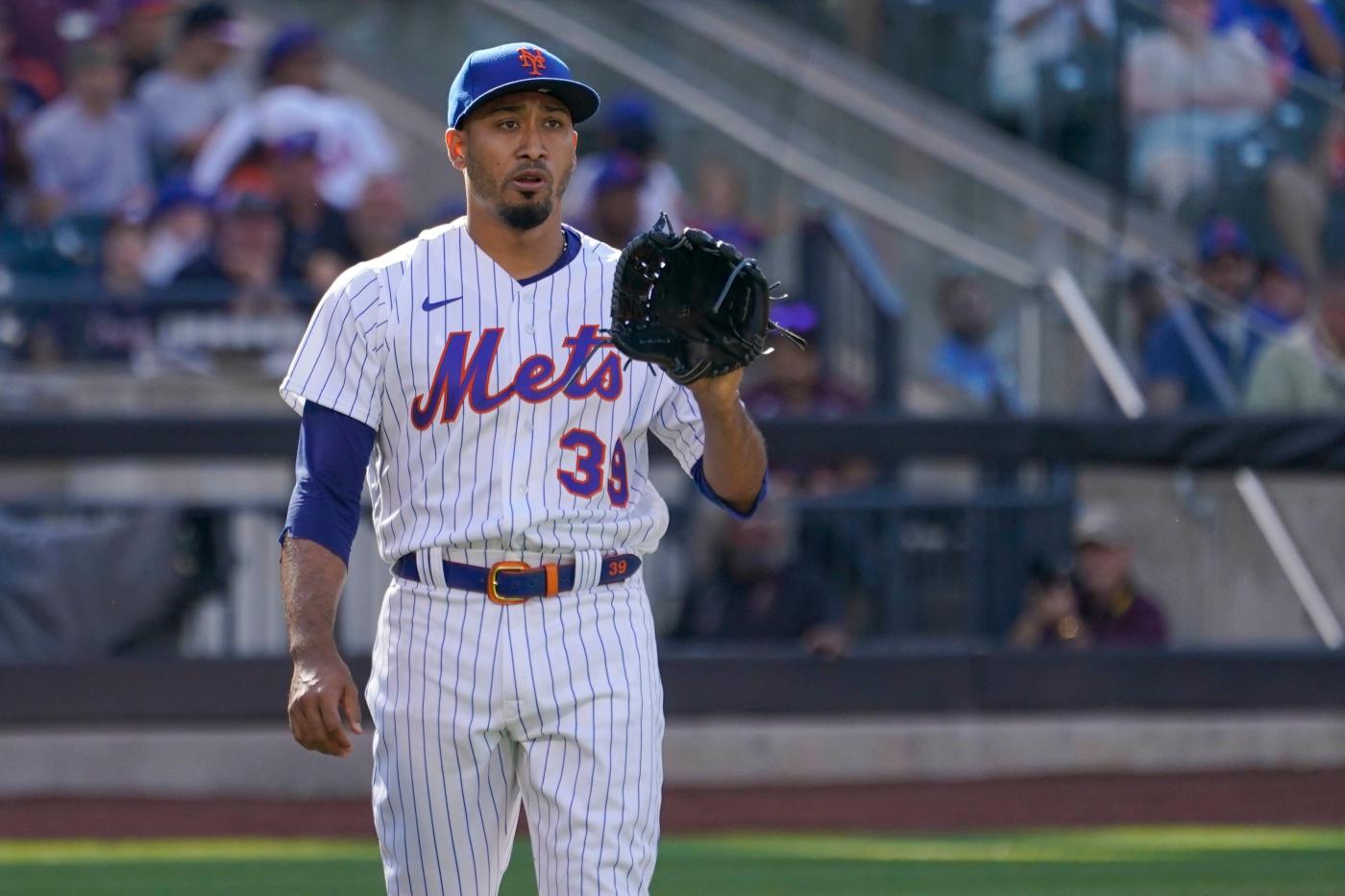 Edwin Diaz wanted the Mets to come to him“ quick” to talk about a new contract. Speaking with the media Thursday about the record $102 million contract, Diaz and general manager Billy Eppler said the two were on the same page right away. Diaz and his family wanted to remain in New York.

Edwin Diaz wanted the Mets to come to him “quick” to talk about a new contract. The Mets talked to him as soon as they could and the process went so smoothly that they were able to lock up the best closer in baseball for another five years just hours after he became a free agent.

Speaking with the media Thursday about the record $102 million contract, Diaz and general manager Billy Eppler said the two were on the same page right away. Diaz and his family wanted to remain in New York. They’ve come to love the city over the past four seasons and Diaz respected the way the Mets treated him. The Mets wanted to lock up their best bullpen piece before bringing in a new crop of relievers.

“With Edwin, it came together — like he said — pretty quickly because we have the ability to talk early,” Eppler said on a Zoom call. “And because there was clear interest on both sides to make this happen. I did touch base with a number of our other free agents to be and it felt that Edwin was in a position where he wanted to engage at that moment in time, and we wanted to make something happen. So it connected. And here we are today.”

Both parties understood the position each was in and negotiations were made with ease. The two parties came to an agreement on Nov. 6 and announced the deal on Nov. 9.

Diaz will become the highest-paid reliever in baseball history and will be paid through 2042 with $26.5 million in deferred payments. He has a chance to earn up to $118.25 million with a club option in 2028. The deferred payments were key for the Mets for luxury tax purposes.

For Diaz, the contract is a particular point of pride, not necessarily because of what he’s earning, but because it could open the door for relievers to earn larger deals in the future.

The 28-year-old Diaz went 3-1 with a 1.31 ERA, a 0.90 FIP and 32 saves in 35 opportunities last season. It was a historic season and he was rewarded with a historic contract. But the Mets still have a heavy workload ahead of them this winter, needing more bullpen pieces and more starting pitching. Eppler said he has been in touch with free agent ace Jacob deGrom and continues to talk with a number of players and representatives, though he declined to get into any specifics.

Diaz trusts that Eppler will be able to assemble a group of relievers that will give him a chance to succeed and give the Mets a chance to go deep into the postseason next year as well.

“I know all of the guys were free agents, but I know Billy and the staff will do the best to get a great bullpen and we’ll have a really great bullpen this season,” he said. “I can’t wait to see what they do to bring another great bullpen back.”