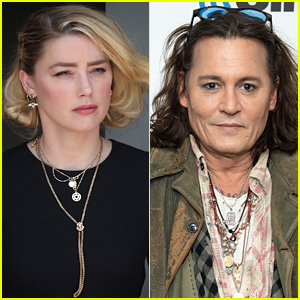 Amber Heard has officially filed for a new appeal.

The 36-year-old actress responded to Johnny Depp‘s own appeal to some of the verdict in their $10 million defamation suit with her own appeal.

According to Deadline, Amber’s legal team has filed new paperwork in the Virginia courts, appealing the verdict.

“The trial court erroneously refused to dismiss this action on the ground of forum non conveniens, based on its mistaken conclusion that Depp’s claims arose in Virginia because the Washington Post’s servers are located here,” Jay Ward Brown and David L. Axelrod detailed in the documents, that were filed on November 23.

It continues, “The trial court also erred in overruling Heard’s demurrer, in which she argued that the challenged statements are non-actionable expressions of opinion and are not reasonably capable of conveying the alleged defamatory implication,” the Constitutional law specializing D.C.-based Ballard Spahr LLP attorneys added.

“That holding, if allowed to stand, undoubtedly will have a chilling effect on other women who wish to speak about abuse involving powerful men.”

The documents also lay more blame on Judge Azcarate for improperly instructing the jury which led to Johnny‘s win.

Amber’s appeal seeks to have the more than $10 million verdict against her reversed or tossed out for a new trial.

“This case also should never have gone to trial because another court had already concluded that Depp abused Heard on multiple occasions,” the 68-page brief states. “After Depp filed this case, the United Kingdom High Court of Justice ruled in a separate defamation action brought by Depp that Heard’s abuse allegations were true.”

This isn’t the first appeal that Amber has filed. She previously filed one in July, just after Johnny filed his own.