﻿
Ru24.netNews‑life.proNews‑life.org29ru.net123ru.marketSportsweek.orgIceprice.info123ru.net
Шапки от Y're – подарки для двоих к 14 февраля
Share price of ICICI Lombard falls as Nifty weakens
31 Inexpensive Things From Walmart That'll Make Small But Impactful Updates To Your Home
Report: 78% of executives adopted cloud, but not all are seeing value
I’m a server – I get attention when I wear my ‘sexy little skirt’ to work, but not from anyone that matters
Asian shares jump, dollar eases after Powell comments
Real Madrid vs Valencia: Get Karim Benzema 2+ shots on target at Evens with William Hill, plus £30 free bet offer 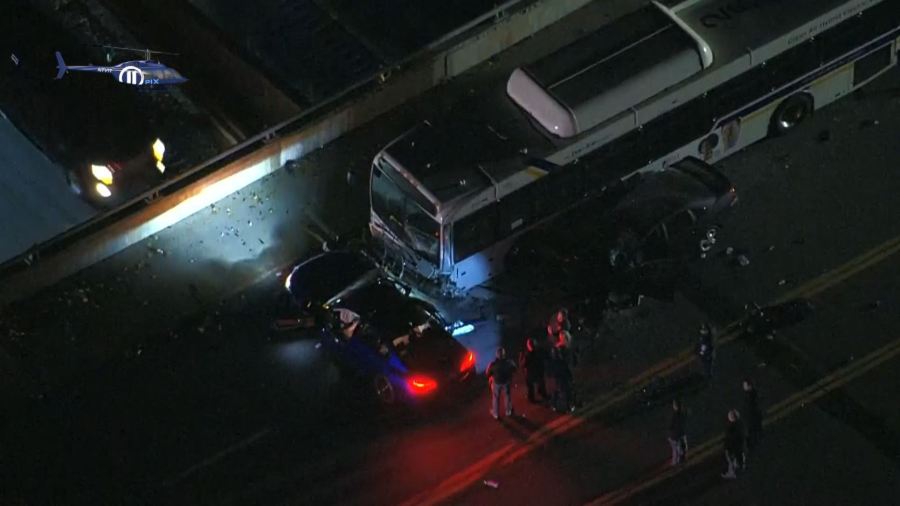 The crash happened on Tuckahoe Road at the Sprain Brook Parkway overpass in Yonkers around 3:30 p.m., according to police.

A police sergeant, whose identity hasn’t been released, was driving an unmarked police vehicle while on duty when a car crossed into the opposite lanes and crashed into the officer’s vehicle and a Westchester County Bee-Line bus, according to the Yonkers Police Department.

Several of the roughly 30 passengers on the bus were treated at the scene for minor injuries, authorities said.

“Our hearts are broken tonight and we ask that you please keep the Sergeant's family in your thoughts and prayers,” a Yonkers Police Department spokesperson said in a news release.

Tuckahoe Road remained closed in both directions as of 6:45 p.m. Drivers were asked to avoid the area.

The crash remains under investigation by the Yonkers Police Department and Westchester County Department of Public Safety.