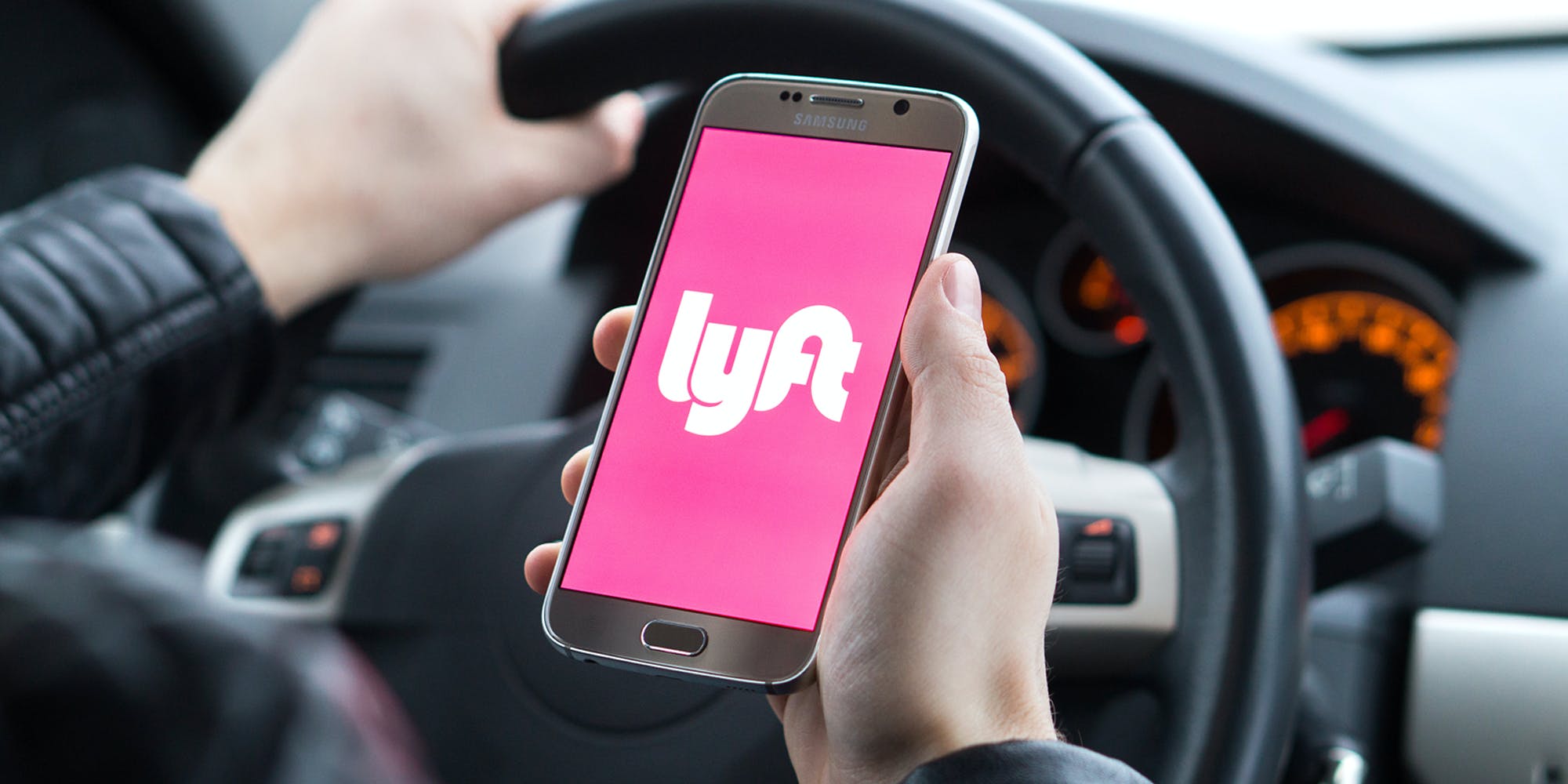 A Lyft driver went viral on TikTok after showing how he would only get paid $50 for a ride that costs the customer $242, sparking discussion about fair pay for rideshare drivers.

User Eddie (@eddieneverready) used two phones to show the ride from both the customer's and the driver's apps to demonstrate how much Lyft "charges versus how much we get as drivers."

On his wife's phone, as a rider, he requests a ride to the Newark Airport, for $242.

"Let's see how much we're gonna get," Eddie says as he awaits receiving the ride on his device. "Look at this. $50."

On his phone, if Eddie accepted the ride as a Lyft driver, he would be paid $50.

"This is why drivers are NOT driving with Lyft," he added in the text overlay.

In the caption, he explained that his pay included a "$6.25 bonus," so the standard pay would be $43.99. Eddie doesn't explain the bonus further.

@eddieneverready And that’s with a $6.25 bonus without it would’ve been $43.99 ##drivers##ChevyEVSongContest##fyp##lyft##shame##befair ♬ original sound - EddieNeverReady

In a TikTok direct message exchange with the Daily Dot, Eddie explained that he has been a rideshare driver for over four years. He says he primarily uses Uber, after Lyft stopped showing drivers receipts with the customers' totals.

"I realized that Lyft was taking out more percentage of what the customer pays for about almost 2 years when Lyft decided not to show us the receipt which includes what the customer pays," he said. "I have a Uber/Lyft driver support group on Facebook which has about [70,000] members and all the stories that I see on there is the same thing [with] Lyft. Ever since Lyft decided not to give us the receipt of the ride, some drivers have done their own detective work and asked the customer."

Eddie also claimed that Lyft fails to carry out investigations on customer accusations, which he said many riders use to get the ride for free. False accusations can have negative consequences for drivers, including deactivation.

"So many drivers on Lyft/Uber get deactivated from the platform from a false allegation from a customer without doing an investigation," he said. "...Unlike Uber, Lyft doesn’t review any dash cam footage because it's a hassle, and [they] don’t want to lose their customers. It’s just easier to fire (deactivate) the driver from the platform than to investigate."

Eddie's video has racked up over 1.3 million views as of Thursday. Several viewers shared their disappointment with the percentage of the total ride cost going to the driver.

“We need to create a new company that pays 65 percent to the driver and the rest to the company,” a third agreed.

Many rideshare drivers expressed similar experiences with Lyft and Uber.

“I’m an Uber driver and I don’t make what they charge the ride, but we have to pay for the car, the gas, the insurance for a little money,” one shared.

“its always been like this every year they take more and more and know the desperate drivers will stay . on the longer trips they take 60-80% gaurantteed i quit years ago,” a second stated.

“Been a driver for a while, the pay has been getting worst by the year,” a third commented.

However, others used Eddie's video to redirect some rideshare drivers' complaints about non-tippers to the companies like Uber and Lyft that pay them per ride.

Eddie also claimed that Lyft doesn't listen to drivers' issues unless they take to social media—part of why he posted his video in the first place.

"Lyft doesn’t really care about their drivers unless it goes viral on social media or when the media gets a hold on the story," Eddie told the Daily Dot via TikTok DM. "Then that’s [when] Lyft would put on an act and pretend that they have the drivers' back."

The Daily Dot reached out to Lyft via press email.

Sign up to receive the Daily Dot’s Internet Insider newsletter for urgent news from the frontline of online.

The post ‘People need to stop getting mad at non tippers and start getting mad at the apps’: Lyft driver paid $50 for ride that cost $242 appeared first on The Daily Dot.