ENGLAND face the USMNT in World Cup on Friday and Gareth Southgate’s side know what they need to qualify from Group B.

The Three Lions have already beaten Iran, coming out 6-2 victors in their opening match of the tournament.

And Southgate‘s men would have targeted a place in the round of 16 before the tournament began.

This is edging closer, with a clash against Gregg Berhalter’s USA to come. 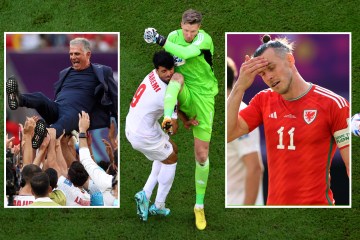 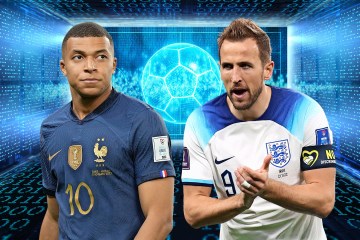 World Cup Supercomputer revealed after first round in boost for England

What result do England need against USA to qualify?

England face the USMNT at 7pm UK time today, and they will be looking for no less than three points.

After Wales’ defeat to Iran earlier in the day, the Three Lions are aware of what they must do to seal qualification as early as today.

A win will see England secure qualification for the next round as this would see them move onto six points in Group B.

If they are to win, the only team that could catch them would be Iran and that would require Southgate’s team to fall to defeat to Wales and Iran to beat the USMNT on the final day of the group.

While England cannot seal top spot in the group mathematically, a victory over the USA would send them on their way as they have a superior goal difference to Iran after their heavy victory.

A loss to the USA would see Berhalter’s side leapfrog England at the top of the table, while a draw would see the USA one point behind Iran and England move one ahead of the second-placed team.

Southgate will be hopeful of a positive result tonight as England look to progress to the next round and deeper into the tournament in Qatar.

Today24.pro
How veterans with disabilities can get a VA loan with bad credit Billionaire investor Howard Marks touts a bargain boom as interest-rate fears grip markets - and predicts a surge in companies going bankrupt One of The Greatest Britons in History - Joe Calzaghe RoboCV: stacker robot