﻿
Ru24.netNews‑life.proNews‑life.org29ru.net123ru.marketSportsweek.orgIceprice.info123ru.net
Цепочки на шею
Are Facebook job ads discriminatory? Company accused of bias against women, older workers
Buckingham Palace had ‘direct discussion’ with Ngozi Fulani after race row erupts
My husband watched porn whilst we were having sex – I’m devastated
Student-loan borrowers should not be 'scammed out of an education and into a mountain of debt,' 3 Democratic lawmakers say. Here's how their new bill would help prevent that.
South Korea vs Portugal – World Cup Group H: How they’re doing, injuries and prediction with Ronaldo already through
Cameroon vs Brazil – World Cup Group G: How they’re doing, injuries and prediction with Africans needing win to progress 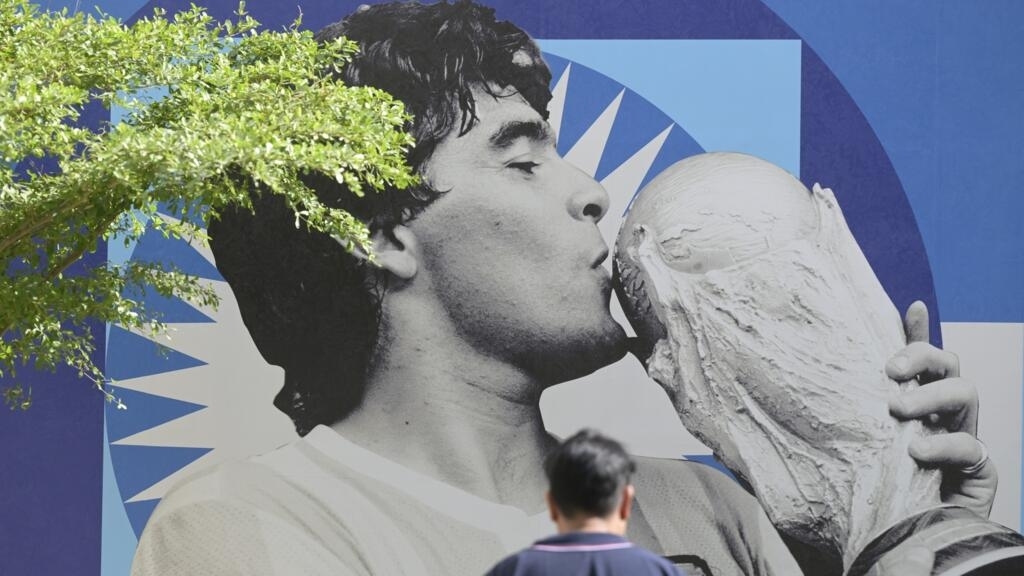 Maradona died of a heart attack on November 25, 2020 at the age of 60, setting off a wave of deep mourning across the football world.

The Argentine played in four World Cups, lifting the trophy in 1986 when he scored his "Hand of God" goal against England but he was kicked out of the 1994 tournament after failing a drug test.

"His death is something Argentina has never got over," said Daniel Luque, who unfurled a flag with Maradona's portrait at the World Cup countdown clock early Friday.

"He was a player and a phenomenon. His troubles just made him even more a man of the people. If he had stood for president he would have won," added the 47-year-old.

Dominguez and Infantino both called Maradona "immortal". The FIFA boss said he would like a ceremony for the player at every World Cup.

"I am Italian and an Inter fanatic, so I am neither Argentinian nor from Napoli and Diego made Inter cry many times, Italy too, but we love him," said Infantino.

"Hopefully God is playing with him," said Tarantini, a defender in the side that won the 1978 World Cup.

"We all keep remembering him on the pitch, but off the pitch he was better," Tarantini, 66, told the ceremony.

Kempes, an attacking midfielder in the 1978 side, described Maradona as an "excellent" character who "destabilised you in all senses."

"If you knew him you thought he would do one thing, but he would do completely the opposite -- that is genius," the 68-year-old told reporters.

Maradona fans planned an event at a fan zone devoted to the Argentine at Doha's international airport later Friday.

Transformers: Rise of the Beasts’ first trailer is full of Maximal action