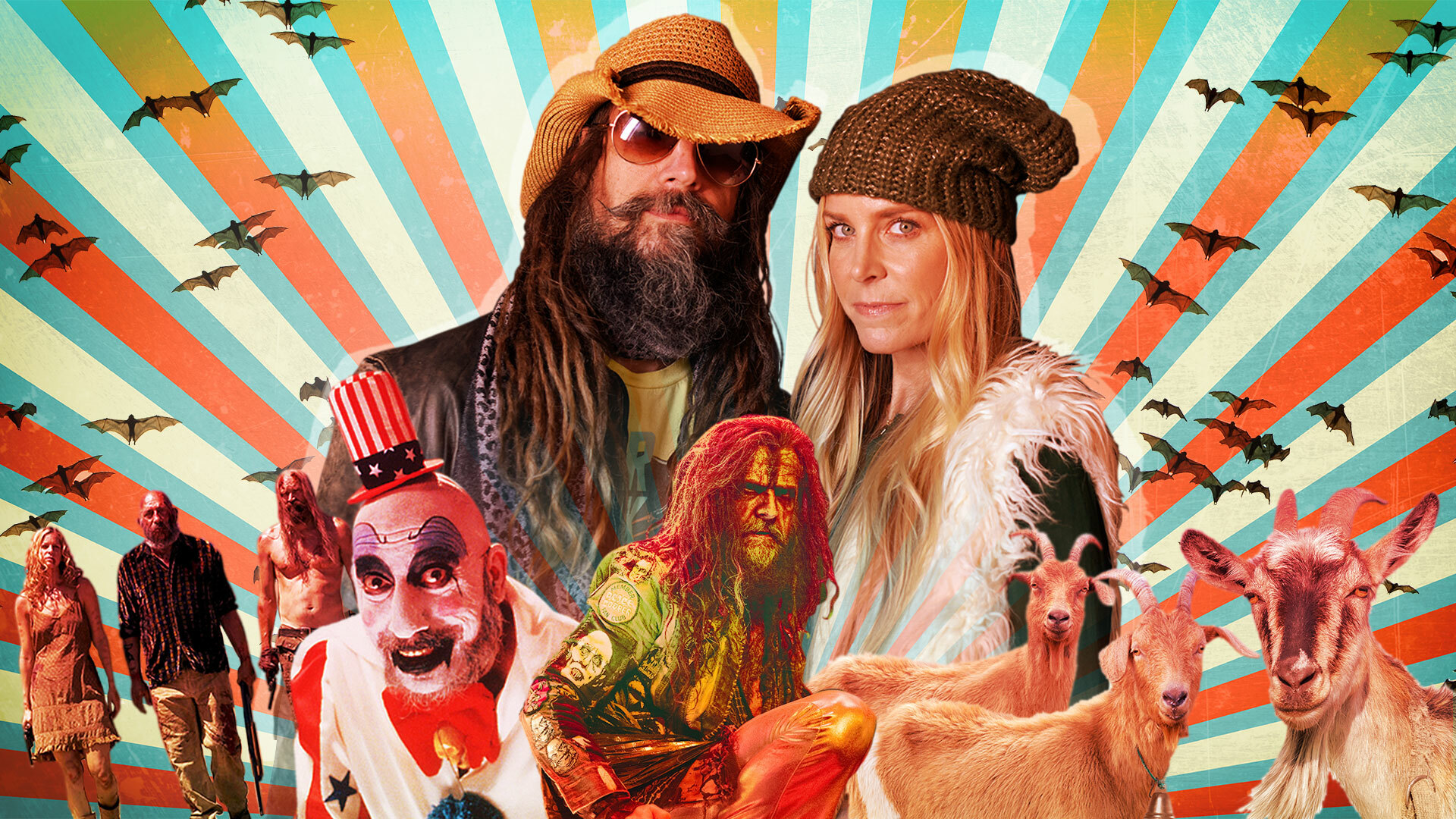 "Rob Zombie named a song after it; how bad could it be?" I joked as my boyfriend selected Jean Rollin's The Living Dead Girl from Criterion's menu for that evening's delectation.

I was mostly joking — I'm a cinephile after all, so I knew we were in for at least some tasteful French bosoms, if not full-on bush given Rollin's oeuvre — but also not, because if there is one artist whose output I can't get enough of, it’s Robert Bartleh Cummings, aka Rob Zombie. Or Robert Zombert, as he's colloquially known among my friends.

I don't know when his music, both with his first band White Zombie and as a solo artist, came to dominate my iTunes, but I'm sure that I encountered his work casually while watching Beavis and Butthead with my metalhead boyfriend in high school. Before Beavis and Butthead "changed everything" for Zombie, he was kicking around NYC as a bike messenger, living in the East Village (where I moved in 1998, decades before it became an extension of NYU's campus) and eventually working on Pee-wee's Playhouse. It's funny to think that he was subsisting on pea soup from Kiev a decade or so before I'd stomp around these same streets. I guess it's embarrassing to be enraptured with the artistic output of a man who still has spiritual, if no longer physical, dreadlocks, but life is too short to feel shame about everything, dammit.

Given the effect that Hellbilly Deluxe has on my synapses when "Superbeast'' kicks in with a driving beat, I figure I started with that album back when I primarily wrote about video games and inhabited a pretty dude-centric universe, in the waning days of the dot-com bubble, and then worked backwards to love his older stuff. But, really, it's not just about Rob Zombie's musical output. And although I have fond memories of craving a Silkwood shower after seeing The Devil's Rejects with friends, it's not even about his movies, which bounce between grim grindhouse homages and supersaturated, clowny nightmares. I also adore how he casts so many actors from classic grindhouse and cult flicks; a perfect example of this is the late, great Sid Haig, who enjoyed a major late-in-life career resurgence when Zombie tapped him to play the unforgettable Captain Spaulding in House of 1,000 Corpses.

It's about the vibe, man — the aesthetic! It's about capturing the giggly-screamy feeling I had as a tween trick-or-treating on a street full of old Victorian houses decorated to hell and back. It's about Rob Zombie's meticulous attention to the details of his obsessions across various mediums, like all of the old movies and shows he's sampled or the references he jams into other art and movies. Though it took me 20 or 30 minutes to really click into The Munsters because of the weird pacing, I fell in love with its sweetness, and how jam-packed it is with all of Zombie's key obsessions, so much so that I wanted to pause and examine each frame: B movies, monsters, daytime television shows, off-kilter humor, his cast of regulars (including weird-hot Jeff Daniel Phillips, who was the caveman from the GEICO commercials, so now I have to talk to my therapist about that), cameos from storied veterans, and of course Sheri Moon Zombie! 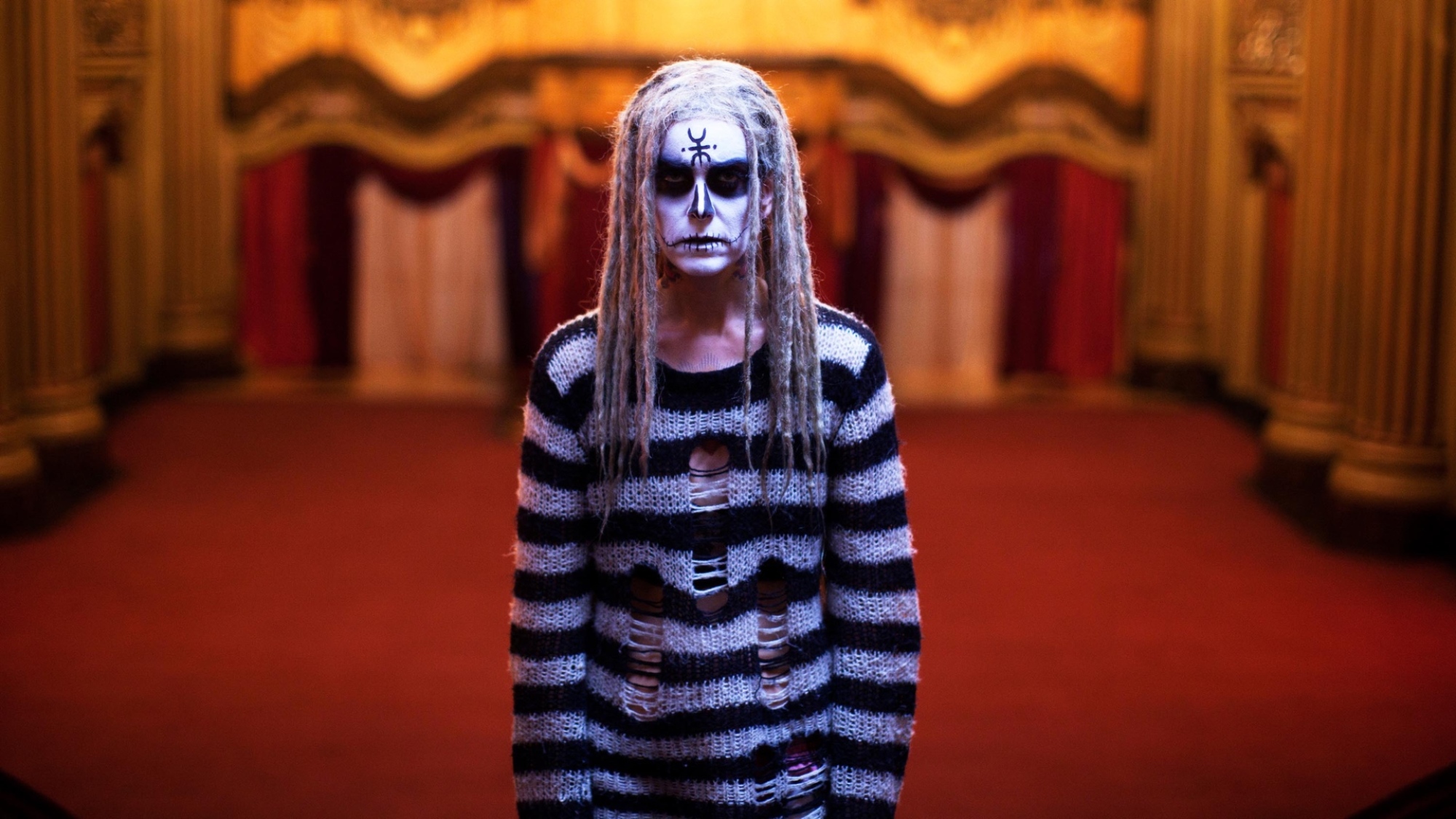 Sorry, but this is cool as hell. Credit: Alliance Films / Kobal / Shutterstock

Because I also love Sheri Moon Zombie, and I love their love. They make art together and rescue goats and just want some peace and quiet, you know? Her most famous role is that of Baby Firefly in House of 1,000 Corpses, The Devil's Rejects, and 3 From Hell, where she says things in a terrifyingly squeaky haunted doll voice like, "We like to get fucked up and do fucked up shit!" (You can buy a T-shirt with this quote, though I prefer my purple booty shorts that read "I Slam in the Back of my Dragula!" across the bum.) Her biggest role to date, and her most straightforward performance, is in 2012's wildly witchy flick The Lords of Salem, wherein she plays a DJ at a radio station in Salem who is haunted by eldritch visions and supernatural happenings after dropping the needle on a creepy LP late one night. There’s a lid for every pot, I always say, and the Zombies prove it.

I have tried to interview Mr. Zombert twice now, to no avail; once for 31's Sundance Midnight Madness premiere, and once for The Munsters, two rather beleaguered projects he probably wasn't super eager to chat about. In general, I get the feeling he's not a super huge fan of talking to entertainment press (as opposed to music press or, uh, Larry King). After his experience with Halloween and its sequel, I can imagine why. Squeezing in 5- or 10-minute soundbytes with a random assortment of junket press folks is not most people's idea of a good time, and if you grew up among carnies, dropped out of art school, and hung out on the edges of NYC’s burgeoning noise scene only to go "mainstream" and become a rich and successful multi-hyphenate artist, you'd probably talk to fewer people, too.

And sometimes it's for the best to not meet your heroes. I've learned the hard way that interviewing the people who make art you love can change your relationship to that art. Instead, it's more fun to share your enthusiasm with strangers — and maybe take some interior decor tips from Zombie's episode of Cribs.

Today24.pro
Man repeatedly punched Columbia protester, knocking her out: NYPD The Darkest Secret and Tragedy of Edwin Valero ‘People need to stop getting mad at non tippers and start getting mad at the apps’: Lyft driver paid $50 for ride that cost $242 Best Android app 2022 – Google reveals top pick for the year and it’s totally free