﻿
Ru24.netNews‑life.proNews‑life.org29ru.net123ru.marketSportsweek.orgIceprice.info123ru.net
Цепочки на шею
How you can enjoy the festive season without the hassles of winter colds playing havoc with your health
iPhone users can now share their digital car keys with Pixel owners
Van Dijk takes sly dig at Man Utd when asked about Cody Gakpo making transfer to Liverpool’s rivals
Quarter of patrol boats trying to curb Channel migrants will be out of action in January and February
Rams Place Quarterback Matthew Stafford on Injured Reserve
Bharat Jodo Yatra to reach Jammu and Kashmir by January end: Congress leader

THIS Morning was momentarily pulled off air today as a loud alarm rang through the set.

They were interviewing Spice Girl Mel B and she jumped off the sofa and tried to bolt.

Dermot and Alison tried to ignore the alarm but Mel B said: “That’s the end of that.”

The show went to an advert break with viewers left wondering what was going on.

One confused fan wrote on Twitter: “did that just happen, for real, the fire alarm”

READ MORE ON THIS MORNING 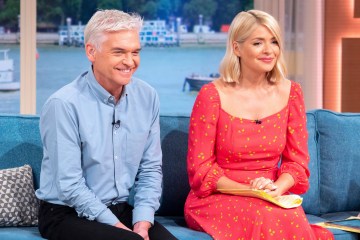 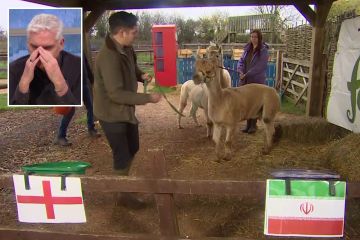 Another said: “Lmao the fire alarm and everyone ignoring it”

While someone else tweeted: “Some poor cameraman setting off the fire alarm…”

Alison and Dermot later reassured viewers everyone was OK.

The show came back on air and Alison said: “I love when it goes wrong on live TV.”

Mel B replied: “But imagine if there was a fire and we didn’t even move?”

This Morning has suffered numerous fire alarm blunders – but none worse than when John Torode actually set fire to a towel during a cooking demonstration.

John hadn’t noticed the tea towel was left on the hob behind him and was on fire.

Phil frantically tried to warn John – but the video delay meant his cries went unheard as the flames got bigger.

Today24.pro
If you saw children on the roof… Man repeatedly punched Columbia protester, knocking her out: NYPD I can't be silent... ‘People need to stop getting mad at non tippers and start getting mad at the apps’: Lyft driver paid $50 for ride that cost $242