QATARI police appeared to dramatically confiscate a Moroccan man’s Berber flag and allegedly banned him from the stadium after it was mistaken for an LGBTQ rainbow.

The dispute took place at the Morocco vs Croatia World Cup game on Wednesday, with Qatari officials reportedly seizing ethnic Berber flags and refusing entry for some Moroccans carrying them.

Video footage posted on Thursday shows two supporters getting their flags snatched away by two Qatari police men, before being banned from the grounds.

The clip has been making its rounds on social media, with 3.7k votes on Reddit and over 400 comments.

One person said: “Swear they’re just taking any flag with more than 3 colours on it”.

Another commented: “That’s just embarrassing, the flag looks nothing like a rainbow”.

This follows a similar incident from the Saudi Arabia vs Argentina game earlier this week, where Qatari officials seized a Brazilian fan’s flag after mistaking it for the LGBTQ rainbow.

The flag was being carried by Brazilian journalist Victor Pereira and a friend, and was seized by the officials and stomped on.

The journalist claimed that Qatari officials confiscated his mobile phone until he agreed to delete a video he took of the incident.

Qatari officials have also been reported to have shut down a TV broadcast while a presenter interviewed a disabled fan in a wheelchair.

This shocking incident took place during a live report for a popular show on Argentina’s El Trece channel called Nosotros a la Mañana.

The journalist, Joaquin Alvarez, later stated that he received an apology by the Qatar Supreme Committee, the body which is organising the World Cup.

Qatar’s strict measures surrounding LGBTQ rights have been at the centre of controversies around the World Cup, with same-sex relationships being illegal and punishable by imprisonment or death.

But in a major turn of events, rainbow colours have now been permitted in World Cup stadiums after FIFA stepped in, prior to the Cymru match against Iran tonight. 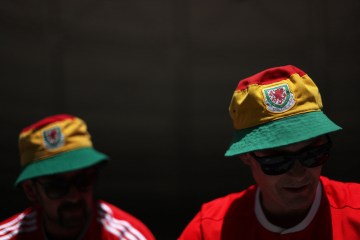 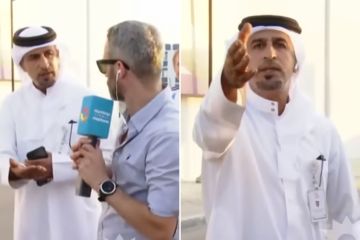 A statement read: “In response to the FAW, FIFA has confirmed that fans with Rainbow Wall bucket hats and rainbow flags will be allowed entry to the stadium for Cymru’s match against Iran on Friday.

“All World Cup venues have been contacted and instructed to follow the agreed rules and regulations.”

Today24.pro
LAMB BUTTER Will Melt in Your Mouth! Ancient Food on the Silk Road! RoboCV: stacker robot How veterans with disabilities can get a VA loan with bad credit One of The Greatest Britons in History - Joe Calzaghe