A TIN of potatoes might not sound like the most appealing thing to cook up for dinner.

But a cooking fan has shared how she makes Morrisons‘ 39p tinned potatoes into a delicious side dish.

Airfry_Jen, who is on TikTok as @airfry_jen, regularly shares her tips, tricks and recipes to help others make the most out of their air fryer.

In one of her most recent posts, she showed how to take the initially bland food item and transform it in mere minutes.

She explained that all you need to do is pour the potatoes out of the tin into a bowl.

Then, add a generous amount of seasoning, combining salt, black pepper and some cajun season, or another flavour of your choice. 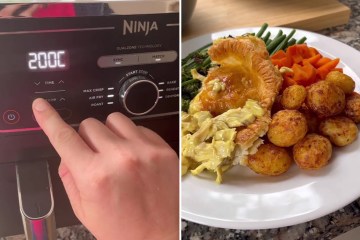 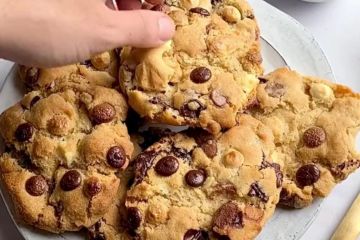 The next step is to toss the potatoes in the seasoning in the bowl and ensure they’re evenly distributed.

The final step is to put the potatoes into the air fryer and set it to 220 degrees for 12 minutes.

Once this is done, Jen showed how you will be left with golden, crispy potatoes that can be served straight away.

Giving the verdict on her creation, Jen said: “They were delicious, so quick as well.

I wear a fake bum when I go on dates... men never have a clue, here's how I hide it

“Ideal for me as I had a busy evening after work so couldn’t spend a lot of time cooking tonight.”

Her followers were also quick to say they liked the look of the spuds, before offering up how they cook them to make the most of them.

One said: “I find that the tinned potato is underrated. They are so useful to have in the cupboard.”

Another added: “I tried this, and honestly, they are the most tasteless potato ever! no matter how much you season them!!”

While a third commented: “Try Garlic salt and chicken oxo cube for seasoning. You won’t be disappointed.”

Today24.pro
LAMB BUTTER Will Melt in Your Mouth! Ancient Food on the Silk Road! I make $1,000 a month by promoting Amazon products on social media. It only takes 5 hours per week — here's how I set up my side hustle. Billionaire investor Howard Marks touts a bargain boom as interest-rate fears grip markets - and predicts a surge in companies going bankrupt RoboCV: stacker robot