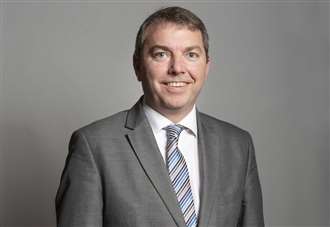 A Kent MP has been given a ministerial role in the government's justice department.

Gareth Johnson – who represents Dartford – has been appointed to the position of Parliamentary Under Secretary of State.

In his new role in the Ministry of Justice, Mr Johnson will be responsible for a number of areas including Legal Aid, tackling the backlog in the courts, the barristers’ strike and other issues affecting courts and tribunals.

He will also assist the Home Office with legislation to tackle the problems with small boats in the Channel.

This is not the first time Mr Johnson has held a government post.

He has been Assistant Whip twice – first in 2018 until 2019 and then again in 2021 until February 2022. He then went on to be the Lord Commissioner (whip) until September this year.

The MP also sits on the levelling-up and regeneration bill and genetic technology bill committees.

He is not the first Kent MP to be given a government job by Liz Truss.

Earlier this month, Tonbridge and Malling MP Tom Tugendhat was appointed Minister of State for Security during a cabinet re-shuffle when Mrs Truss became the Prime Minister.

He competed to be the new leader of the party but was eliminated in the third round of voting.

Kelly Tolhurst, MP for Rochester and Strood, was also given a new role in July as deputy chief whip.

Mr Johnson has represented Dartford since May 2010.