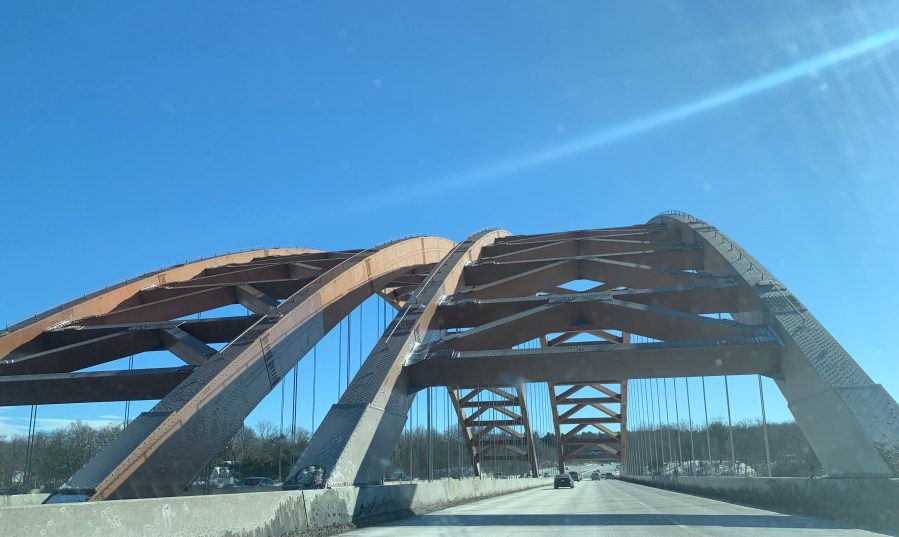 COLONIE, N.Y. (NEWS10) — The Twin Bridges were deemed structurally safe after an oversized propane truck struck the overhead truss Wednesday evening. State Police said the truck hit the first span at about 5:15 p.m., as it was headed northbound in the right lane of the Northway. The driver stopped before running into the second truss.

Get the latest news, sports, weather and events delivered right to your inbox!

To get the truck off the bridge, its tires were deflated and a cap on top of the empty propane tank was removed. The height issue was less than six inches, police said.

Authorities measured each overpass between the Twin Bridges and the Clifton Park rest stop, to make sure the tanker could get off the road for an inspection. Once the driver reached the rest area, a new permit was issued, and the tanker was back on its way to the North Country Thursday afternoon.

Crash between car and electric bike results in fatality

Joe Morrissey, Director of Communications for the state Department of Transportation, said, "the bridge suffered minor cosmetic damage that did not impact its structural integrity." An investigation into the crash remains ongoing, according to a State Police spokesman.