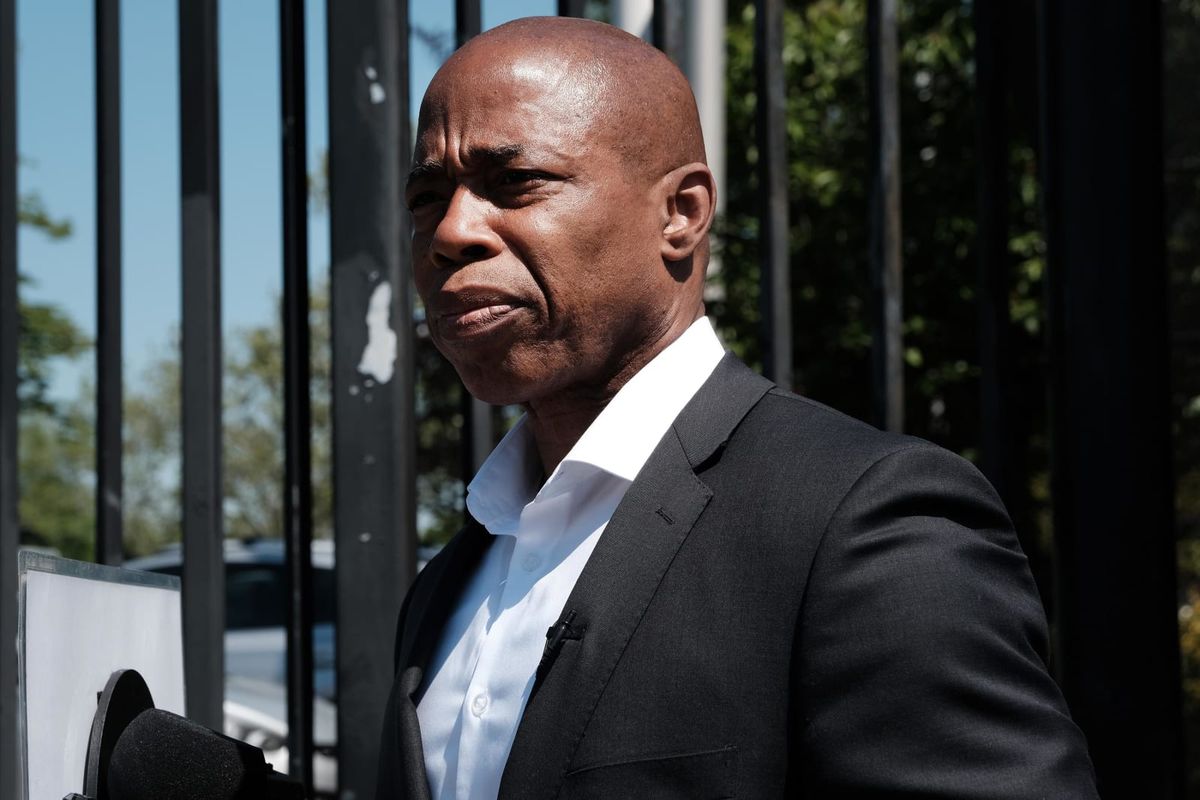 By James Barragán, The Texas Tribune

Having trouble viewing? Watch this video on texastribune.org.

New York Mayor Eric Adams blasted Gov. Greg Abbott’s program to bus migrants from Texas to New York as “inhumane” and “un-American” during an appearance at The Texas Tribune Festival, saying Abbott’s office has rebuffed attempts to coordinate the migrants’ arrival and treatment.

“Our team reached out and … communicated with his team and stated, ‘Can you let us know so we can coordinate the effort?’ They refused to let us know, they continued to send the buses,” Adams said during a pre-recorded interview for the Festival. “It’s clear that Gov. Abbott is attempting to make this into a political prop using people who are seeking to live the American dream as the prop for him, and it’s just really unfortunate. It’s inhumane, it’s un-American and it’s unethical.”

Abbott’s office previously told outlets that the mayors of Democratic cities had not contacted his office about the migrant buses.

Texas began sending migrants to Democrat-led cities in other states in April, starting with Washington, D.C., where Abbott said President Joe Biden would “be able to more immediately address the needs of the people that they are allowing to come across our border.” In August, Abbott expanded the program to New York and then Chicago.

That has led to a war of words between the Democratic mayors of those cities and Abbott, who has argued in cable news appearances that those cities should bear responsibility for the migrants because their policies, which provide support for newly arrived migrants in the country, pull migrants to the United States.

Abbott has called the Democratic mayors of those cities “hypocrites” for not being able to deal with the migrants Texas sends their way, which he emphasizes are a fraction of the number that enter Texas on a daily basis.

“Mayor Adams said that they welcome in illegal immigrants,” Abbott told Fox News in August. “And now, once they have to deal with the reality of it, they’re suddenly flummoxed, and they cannot handle it.”

But Adams said New York has not faltered in attempting to provide the migrants services, though it has come up against logistical challenges. Last week, the city unveiled a new welcome center for migrants that will provide COVID-19 vaccines, shoes and city identification cards, along with other services.

“At no time did we take the posture of woe is us. No, just the opposite, we have taken a continuing posture that we have a legal and moral obligation to [help the migrants],” Adams said.

Earlier this month, The New York Times reported that the city had failed to house 60 men, many of them asylum-seekers, as required by the city’s right-to-shelter law, which guarantees a shelter bed to every person who wants one. Adams defended the city’s attempt to house the migrants but said his legal team is looking to make changes to the right-to-shelter law to deal with the sudden influx of people coming from other states.

“When this decision was made, clearly the judges did not believe that we would all of a sudden receive hundreds of individuals coming here to seek shelter with[in] the time frame,” he said. “Our legal team is really looking at the right-to-shelter ruling, and we have to revisit how it’s done correctly.”

Adams was clear that the large number of migrants being bused to the city is a “strain” on its resources — an argument that Abbott has also made about small border cities that have to provide the same kind of help. Adams said the city has received 1,400 school-age children and had to provide water, food and medical resources to the migrants.

“Anyone that doesn’t believe that this is not a strain on city resources, it’s just not true,” he said. “But we have not turned away from that moral and legal obligation, and we are not going to.”

Adams also said he wants migrants to immediately be granted the right to work while they are in his city and has discussed the idea with federal officials. He said granting that right could help alleviate worker shortages in areas like nursing and restaurant work.

Adams said local, state and federal officials have to come together to tackle the migrant crisis and tagged Abbott as “the real villain” in the conversation for his refusal to cooperate in the efforts.

“We have to come together to solve this national crisis,” Adams said. “Every city that is available to absorb some of the migrants and asylum-seekers should participate. This is an American crisis, and as Americans we come together in crisis, not tear ourselves apart.”

Disclosure: The New York Times has been a financial supporter of The Texas Tribune, a nonprofit, nonpartisan news organization that is funded in part by donations from members, foundations and corporate sponsors. Financial supporters play no role in the Tribune's journalism. Find a complete list of them here.

The Texas Tribune Festival is here! Happening Sept. 22-24 in downtown Austin, this year’s TribFest features more than 25 virtual conversations with guests like Eric Adams, Pete Souza, Jason Kander and many others. After they air for ticket holders, anyone can watch these events at the Tribune’s Festival news page. Catch up on the latest news and free sessions from TribFest.

This article originally appeared in The Texas Tribune at https://www.texastribune.org/2022/09/22/eric-adams-texas-tribune-festival/.

The Texas Tribune is a member-supported, nonpartisan newsroom informing and engaging Texans on state politics and policy. Learn more at texastribune.org.

Today24.pro
The Untold Truth Of Blade Runner UK airport to CLOSE as flights are stopped – putting thousands of jobs at risk Make Cut Dahlia Flowers Last Longer with These Tips! How to Harvest and Condition Dahlias Fix Shoulder Pain FOREVER!