BACK in April, Tyson Fury defeated Dillian Whyte with a stinging right uppercut at their Wembley Stadium showdown, but it was a brutal left hook that also left The Body Snatcher wounded.

The Gypsy King revealed he spoke to Whyte in the ring after landing the bruising shot to his midriff.

That check hook was money all night for @Tyson_Fury.#FuryWhyte pic.twitter.com/1V9BDTU71y

Fury found success throughout the fight with his left hook, before finishing things off with a devastating right uppercut.

And Fury revealed he had trained his check hook pre-fight in order to keep Whyte at bay, and recalled one blow in particular that caught The Body Snatcher right in the sweet spot.

“And I think everyone will agree with me here tonight, the shot that kept catching him was the check hook, I kept clopping him with that check hook.” 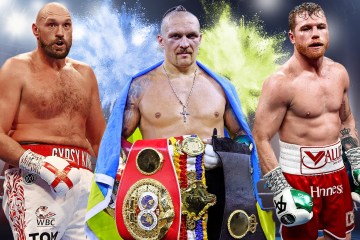 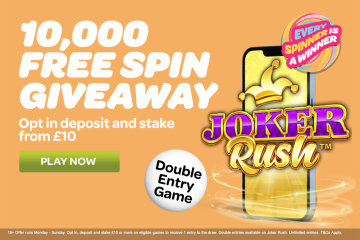 Fury then revealed he couldn’t help but whisper in Whyte’s ear after landing a particularly meaty left hook to his body.

He continued: “The one thing that amazed me was I clipped the Body Snatcher with a left hook to the body and I went ‘You’re hurt Body Snatcher aren’t you?’ and he went ‘Yeah’.

Victory in front of 94,000 fans at Wembley was a 32nd win of Fury’s career, and maintained his unbeaten record as a professional.

In the build up to the fight Fury had revealed his intention to retire after the showdown, which he reiterated in the ring following the KO.

Although the 34-year-old did tease a blockbuster crossover dust-up with UFC heavyweight champion Francis Ngannou.

Meanwhile Fury’s wife, Paris, suggested he could return for an undisputed fight for the ages against Oleksandr Usyk.

She told BT Sport: “I know in my heart I think the only reason Tyson would come back is for a unification fight.

“And I think that would be the only reason Tyson would come back in the ring. Because he has nothing left to prove – to keep boxing on, there’s nothing there for him.”

However, it appears that a blockbuster all-British fight is on the cards with Anthony Joshua awaiting confirmation for a December 3 bout.