LOVE Island star Tasha Ghouri has added fuel to rumours there is a huge divide amongst the Islanders after revealing who she still speaks to.

The 24-year-old, who fell for Andrew Le Page during her time on the ITV2 show, listed the girls she chats to and one name was  noticeably missing – Gemma Owen.

Speaking to The Sun, as she launched her collaboration with Simmi, Tasha said: “I have been mostly in touch with Indiyah, Paige, sometimes Ekin.

“I literally message Piage and Indiyah 24/7 every day. And Danica and Antigoni as well.

“I think everyone is so busy it’s hard to keep up . I still struggle to reply to my dad sometimes, that is just how crazy it has been. I have been trying to keep in touch as much as I can.”

Tasha has found huge success since being on the show – landing deals with Simmi, Ebay and L’Oreal – but she insists there’s no competition between everyone. 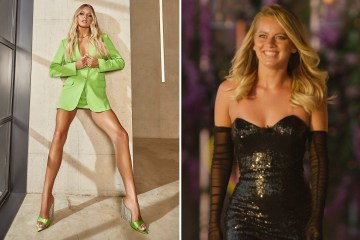 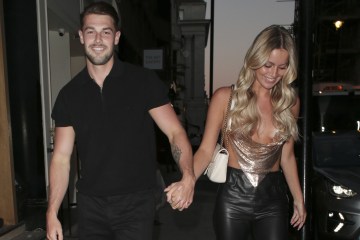 “I am really happy for every single girl,” she said. “What is so nice is the girls are all doing things that make sense to them. It’s just amazing to see all the girls winning at life. And the boys are smashing it.

“Life is not about competition, it’s about doing what makes you happy.”

Since leaving the villa Gemma has appeared to separate herslef from the group and is often missing at events when others are present, blaming her busy work schedules.

Tasha’s comments come after Welsh paramedic Paige, 25, appeared to snub Gemma in an Instagram live Q&A where she was asked by a fan who she was still in touch with from the villa.

“All of them mostly!” Paige replied. “Have to remember everyone’s super busy atm but I’m in touch with these guys the most.”

She then posted the instagram handles of Antigoni Buxton, Tasha Ghouri, Indiyah Polack and Dami Hope.

Gemma was noticeably not mentioned by name and later Paige shared snaps of her hanging out with two other villa mates.

Most read in Love Island

'the show will go on'

Meanwhile, Tasha also opened up about creating her collection with Simmi, which she describes as a “dream come true”.

Discussing the process, Tasha revealed: “I loved their shoes and wore them in the villa.

“I went in thinking I want this collection to be about a statement heel or shoe. When I walked in there were certain shoes that grabbed my attention straight away and I went for the unique style. I think with my style I am very bold so these are not basic, they are very unique.

“When you look at this shoe collection you will think ‘this girl likes to stand out’. These shoes scream me, they have my name written all over them.”