﻿
Ru24.netNews‑life.proNews‑life.org29ru.net123ru.marketSportsweek.orgIceprice.info123ru.net
Что с сайтом 123ru.net (нас читают и публикуются у нас). Уже более 70 млн. просмотров в мире.
Raphael Warnock has a 5-point lead over Herschel Walker in high-stakes Georgia Senate contest, while Brian Kemp is ahead 6 points against Stacey Abrams in the governor's race: poll
Inside the TUI hotel in Croatia with amazing buffet restaurant and free classes
If I saw Vicky Pattison now I’d smile and walk past, says Charlotte Crosby amid feud with ex-Geordie Shore co-star
Tell Me What You Learned "On The Job" That You Never Would Have Learned In School In A Million Years
Head-on crash in St. Landry Parish kills two
Russian soldiers who voluntarily surrender face jail

AN AUSSIE dad has revealed his family’s toilet routine, including using the same loo cloth for the last five years.

The ever-growing climate change crisis has forced many to rethink their everyday choices – whilst some might stop running to Starbucks to buy takeaway coffee, others have chosen to walk rather than take an Uber to their destination.

The Aussie dad shared his family’s toilet routine on YouTube[/caption] According to him, not only does this save money and is eco-friendly, but the process is also simple[/caption]

But some, like one dad from Australia, Patrick, have taken up more drastic measures, which see them sharing the same toilet cloth for half a decade.

In order to use as little resources as possible and save water wherever they can, the Aussie family, who regularly upload videos on YouTube, have installed a composting toilet.

This means that once the person is done with their business, they’ll sprinkle some sawdust over what’s inside the toilet and cover it with a wooden lid.

Just as important, the dad noted in a video on their social media platform, was loo cloth – which the household members have been using for the last five years. 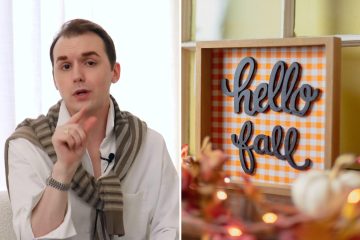 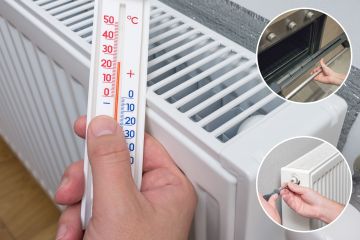 Five easy tips to keep your house warm this autumn

Once they’re done in the toilet, the parents and their child grab a small white cloth, wipe and chuck it in a bucket located right next to them.

The Aussie family will let the shreds of cloth sit there for up to a week before putting them to wash.

”If you’re used to cloth nappies, this is a hundred times easier because […] you’ve just got a tiny little amount of excrement.

”It’s perfectly safe – you just got to remember that we live in a culture that’s terrified of s**t.”

Patrick went on to add that in his opinion, using drinking water to flush away is just ”a very old way of thinking”.

”After using flannel cloth to wipe your a** for several years – or even several days – there’s no going back to toilet paper.

”Not just for the environmental reasons but because it’s just so, so much more pleasurable,” the dad claimed.

One person wrote: ”Have made towelling ‘pee pads’ and are very happy with using them.

”I was using far too much toilet paper and did not like shopping for it.

”I am saving $200 per year and reusing old textiles which makes me happy.”

A second penned: ”I’m in the process of moving into a van and am converting to family cloth as well as a squat toilet style dry toilet.”

Another chuckled: ”You guys must be laughing at other people scrambling for toilet paper lol.”

Once the pile of cloth is running low, he just chucks them inside the washing machine – sometimes with clothes too[/caption] The family has been using the same loo cloth for half a decade and washes it once a week[/caption]

Call of Duty is betting big on AI. Will it pay off?

Game24.pro
Call of Duty is betting big on AI. Will it pay off? Discord is doing reverse Twitch drops HyperX Cloud Stinger 2 Project Cars 2 is gone from Steam forever