Ru24.netNews‑life.proNews‑life.org29ru.net123ru.marketSportsweek.orgIceprice.info123ru.net
Who is Casey Affleck’s girlfriend Caylee Cowan?
Brighton wing-back Marc Cucurella wants Barcelona return: I've unfinished business
Bulls come up short in measuring-stick game vs. Heat
Flood Watches Issued in US Northwest as Some Urged to Evacuate
Steward’s works on hospitals ‘not at expected levels’ – Finance Minister
Mental health: The 7 signs you’re struggling - how to support someone you’re worried about
Top Reasons Why Las Vegas Is The Best Place To Live 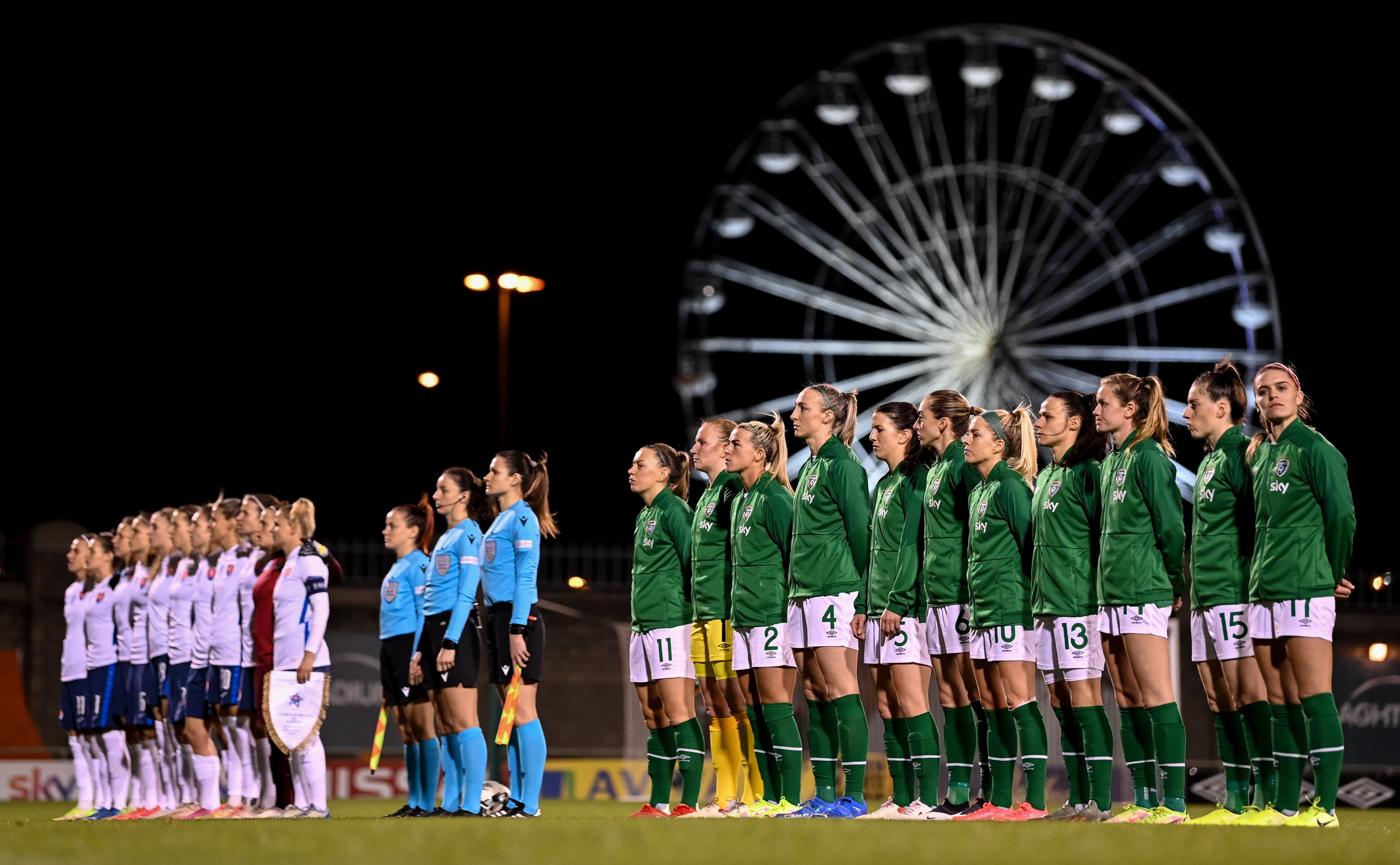 Vera Pauw’s team began their Group A campaign with a narrow 1-0 loss against Tokyo Olympics runners-up Sweden and followed it up with a much deserved 2-1 victory away to Finland. In this game, however, Ireland were unable to get into their rhythm.

It was a difficult first half for the Girls in Green and frustrations were high as neither team could get a hold in the game. Ireland’s chances came from counter attacks as both Lucy Quinn and Heather Payne used their pace and agility to cause trouble for the Slovakian defence, but it was scoreless going into half-time.

Early in the second half, Slovakia’s Martina Surnovska finished a wonderful ball into the box and the visitors took the lead in the 46th minute. A real test for Ireland to get themselves back into the game.

The well deserved equaliser came in the 65th minute after great work at the edge of the box by Denise O’Sullivan released Katie McCabe coming in from the left side and Captain McCabe coolly struck the ball across the Slovakian goalkeeper and into the bottom right corner.

The experience of Louise Quinn definitely came in handy for Ireland as in the 75th minute she saved a certain goal, clearing the ball off the goal line, keeping the score level.

The introductions of Ruesha Littlejohn and Kyra Carusa in the second half certainly gave Ireland more of a composed attacking threat, but Slovakia fought just as hard and in the end the points were shared.

Next up is their fourth game of the 2023 FIFA Women's World Cup qualifying campaign against Georgia, Tuesday November 30th, where another big performance is needed.

Today24.pro
Insurtech Market Revenue Growth Defined by Heightened Product Innovation Man Utd legend Nani, 35, could be set to retire after being released by MLS side Orlando City Bizarre Lopez v Kambosos Jr scorecard revealed as one judge causes shock split decision despite clear winner in New York I ordered a pale pink tracksuit to lounge in from PLT… it turned up and I can’t believe they got things SO wrong