The England captain skippered Antonio Conte's side in Slovenia but could not stop them slipping to defeat.

The post Seething Harry Kane lays down the law to teammates; apologises to Tottenham fans appeared first on TEAMtalk.

Harry Kane made no excuses after labelling Tottenham’s display in the shock defeat to NS Mura in the Europa Conference League ‘immature’ and ‘unacceptable’.

The England captain skippered Antonio Conte’s side in Slovenia and after he equalised it looked like Spurs would go on and win the match before an inexplicable last-minute collapse ended up costing them all three points.

Mura forward Amadej Marosa’s winner with the last kick of the game ended a woeful evening for Tottenham. The north London side now need a win against Rennes on the final matchday to reach the knockout stage.

And speaking after the match Kane admitted the team were simply not good enough.

“Unacceptable really – didn’t start well going a goal behind, going down to 10 men made it difficult for ourselves,” he told BT Sport.

“Second-half we showed some fight and spirit, got ourselves back into the game and if anyone looked like scoring it was gonna be us, but then an immature mistake at the end to concede a goal.

“We had all the play, but yeah it’s unacceptable. But yeah a tough night for us and we have to learn from it… we just didn’t get the job done, these nights away from home can be difficult if you don’t get it right and that was the case today.

“We was calm, we needed to up our game and we did that, but it wasn’t enough, they scored in the last second of the game and yeah it hurts.

“It’s our responsibility as players on the pitch to go out and win the game and we didn’t do that today Full credit to them, we have stuff to learn from, but we have to dust ourselves down.”

Asked what the mood was like in the dressing-room, Kane said afterwards: “Anger, disappointment, as it should be.

“We were favourites to win this game. We knew we had to be on it in all aspects, mentality was the main one. But we made some immature mistakes and got punished for them and that’s what happens in Europe.

“Sorry to the travelling fans (2,000 travelled) and the fans back home.”

Sanchez was at fault for both of Mura’s goals – and made the same error on both occasions.

He allowed Tomi Horvat to cut inside and fire a fine curled finish into the top corner in the first half. And deep in injury time, Amadej Marosa went the same way, catching Sanchez out again. 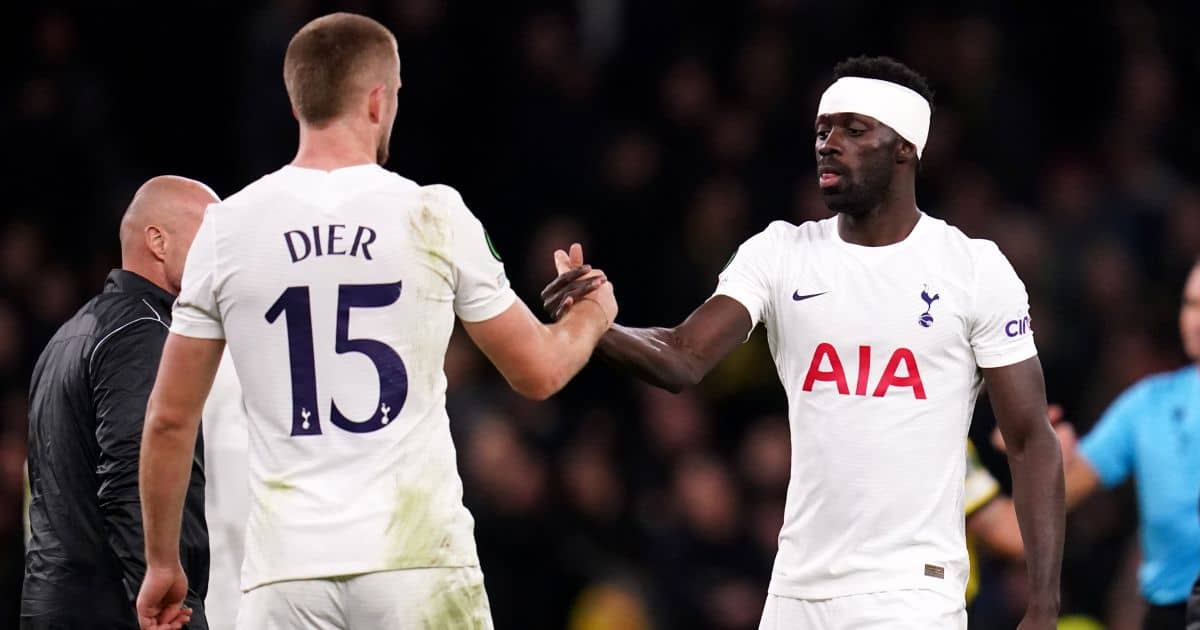 He added when speaking to BT Sport: “The first half was dreadful, it really was. There was only one class moment, it was Harry’s goal.

“This is dreadful defending from Sanchez. If this is a 16-year-old defender, you do it twice maybe… he did exactly the same thing. He’s allowed the player to come inside. Crouchy [Peter Crouch] spoke about it at half time.”

Crouch added: “He [Sanchez] goes to sleep. He’s trying to shuffle him down the line. I said as soon as he cuts inside, he’ll go. He turned the wrong way again, it’s awful defending.”

Hoddle had not finished, though, and again brought up his analogy of a teenager learning their trade.

“If that’s a 15-year-old, you’re saying, ‘You can’t do that again’,” Hoddle said. “He’s forgotten about what happened in the first half. I just cannot understand for the life of me why he’s allowed him to cut inside.

“He’s not read the situation in a vital part of the game.”

The post Seething Harry Kane lays down the law to teammates; apologises to Tottenham fans appeared first on TEAMtalk.

How to slide in Fortnite

Game24.pro
MoonBrawl 27.269 Georgian Police, the cop game that makes Police Quest seem normal Cyberpunk twin-stick shooter The Ascent gets free transmog World Land Trust charity bundle gets you over $450 of games for a minimum donation of $5

Today24.pro
Turbocharger Market Size and Prediction by Leading Manufacturers According to Its Application and Types Till 2028 ‘A fan is not a criminal’: Why thousands of Russians are walking out of football stadiums Manufacturers to Benefit from Lucrative Growth Prospects in the Global Animal Parasiticide Market Global Activated Carbon Market to Witness Increased Revenue Growth Owing to Rapid