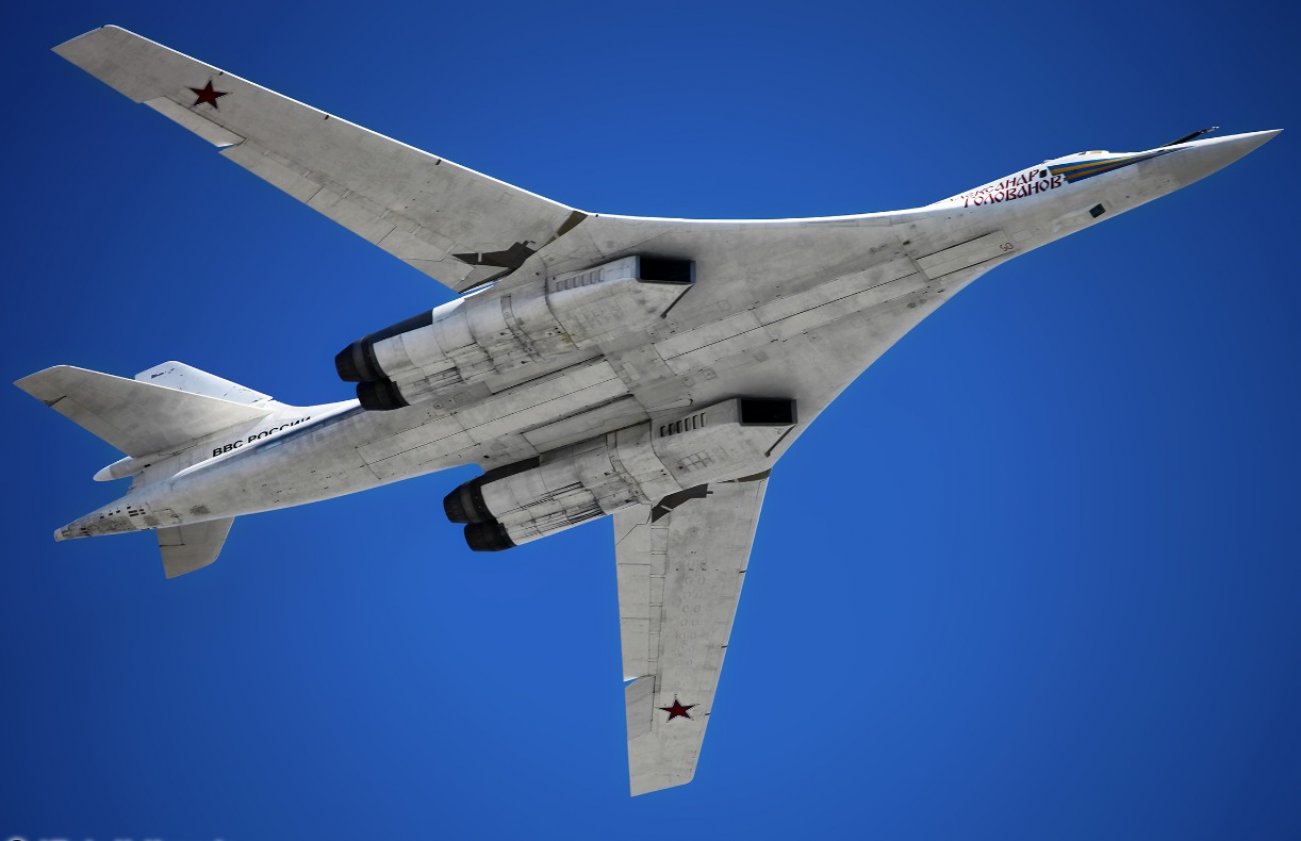 Here's What You Need To Remember: Russia’s warplane-production problems more or less come down to money. Moscow spends just $70 billion annually on its armed forces, a tenth of what Washington spends. At that level of spending, buying 50 new Tu-160s could prove too expensive.

More From The National Interest:

Russia Has Missing Nuclear Weapons Sitting on the Ocean Floor

How China Could Sink a U.S. Navy Aircraft Carrier

Where World War III Could Start This Year

The Russian air force could receive the first of up to 50 new Tu-160M long-range bombers as early as 2021, Deputy Minister of Defense Alexei Krivoruchko said in late December 2019.

That’s not a new assertion. Defense Minister Sergei Shoigu announced the same thing back in January 2019.

But it’s a dubious assertion. Buying 50 Tu-160Ms could prove too expensive for the cash-strapped Kremlin. And that’s assuming the contractor actually can build the giant, swing-wing bombers.

The Tu-160 is not a new aircraft. The 177-feet-long, four-engine Tu-160 first flew in 1981. Tupolev built for the Soviet air force 36 of the huge bombers including nine prototypes.

When the Soviet Union collapsed in 1991, newly-independent Ukraine inherited 19 Tu-160s. Kiev ultimately returned to Russia eight of the bombers and scrapped the other 11. By the turn of the millennium, just a handful of Russia's Tu-160s were airworthy. One of the bombers crashed in 2003.

In the early 2000s, Moscow paid Kazan, a subsidiary of Tupolev, to finish assembly of two incomplete Tu-160 airframes left over from the 1980s. As of early 2020, the Russian air force possessed 16 Tu-160s and at least around a dozen apparently were airworthy.

To put that number in context, the U.S. Air Force possesses more B-2 stealth bombers -- 20 -- than the Russian air force possesses non-stealthy Tu-160s.

In the 2000s, the Russian air force modified the Tu-160 to carry non-nuclear weapons. The type first saw combat in 2015 over Syria. Tu-160s reportedly can fly as far as 7,700 miles while carrying missiles and without refueling in mid-air. Tu-160s frequently probe the air space of the United States and its allies and even periodically deploy to Venezuela.

The Tu-160 is a high-profile aircraft. Its deployments are as much statements of national purpose as they are practical preparations for war. In 2005 Russian president Vladimir Putin posed for photos in the cockpit of a Tu-160.

It's no wonder, then, that the Kremlin wants to sustain and even expand the Tu-160 fleet. In 2015 the Russian defense ministry announced it would restart Tu-160 production at Kazan and also modernize existing bombers for a future fleet of 50 modernized Tu-160Ms and new-build Tu-160M2s.

The M-model Tu-160 features new engines and avionics and a metallic canopy treatment that reduces the type's radar-reflectivity. But the Tu-160 isn't stealthy, even in its modernized form. The American B-1 bomber, while smaller than a Tu-160 is, is similar in shape and reportedly has a radar cross-section of around 10 square meters.

A B-2 reportedly has a radar cross-section that's smaller than one square meter. The U.S. and Chinese air forces are developing new heavy bombers. Both countries have opted for flying-wing designs similar to the B-2, owing to the radar-evading potential of that platform.

The Kremlin has tinkered with its own PAK-DA stealth-bomber concept but apparently has made no progress actually building such a plane. Hence its strong interest in acquiring fresh Tu-160s, instead.

In stark contrast to the U.S. and Chinese air arms with their expanding acquisition of radar-evading planes, the Russian air force is unlikely to operate meaningful numbers of stealth aircraft for the foreseeable future.

But it’s unclear that Sukhoi actually can deliver scores of Su-57s in a reasonable span of time. The Kremlin ordered its first dozen production-standard Su-57s in August 2018, hoping to form the first regular squadron sometime in 2019. The air force apparently missed that deadline. The delivery schedule included just two new Su-57s in 2019 and an additional two in 2020.

Russia’s warplane-production problems more or less come down to money. Moscow spends just $70 billion annually on its armed forces, a tenth of what Washington spends. At that level of spending, buying 50 new Tu-160s could prove too expensive.

Maxim Starchak from the Washington, D.C.-based Jamestown Foundation noted that, owing to the long gap between batches of Tu-160s, "much of the work on the modernized Tu-160M2 will have to be recreated independently from scratch, which requires extra time and money."

Cost aside, it's not clear that Kazan can produce new bombers on schedule. The Kremlin launched the Tu-160M program before Kazan could finish modernizing its bomber factory, Starchak noted.

Having struggled for decades to keep fewer than 20 Tu-160s in the air, Russia could struggle to more than double the bomber force. The Tu-160M is impressive, but it might never enter service in large numbers.

David Axe was Defense Editor of the National Interest. He is the author of the graphic novels  War Fix, War Is Boring and Machete Squad. This first appeared two years ago.