Rebel Wilson reveals she nearly became a pro tennis player but was ‘too short’ as she hits the court in throwback photo
Money in the stars: Half of Britons make financial decisions based on their horoscope
Arsenal should transfer Hector Bellerin to PSG as ‘I wouldn’t want a player like him at my club’, slams John Barnes
Spider-Man 3 theory: Tom Holland logo points to return of major villains
From triple axels to XXX: Russian ‘striptease’ skating star Elizaveta Tuktamysheva makes Maxim cover
Bayern Munich’s Jerome Boateng probed again over ex-girlfriend’s ‘torn earlobe’ after her suicide – reports
Top Reasons Why Las Vegas Is The Best Place To Live

DANA WHITE is expecting Khabib Nurmagomedov to make a final decision on his future shortly after UFC 257. Nurmagomedov, 32, is flirting with the idea of making a comeback – despite promising his mother he’d no longer fight without his late father by his side. The Russian is open to reversing his shock decision to […]

DANA WHITE is expecting Khabib Nurmagomedov to make a final decision on his future shortly after UFC 257.

Nurmagomedov, 32, is flirting with the idea of making a comeback – despite promising his mother he’d no longer fight without his late father by his side.

The Russian is open to reversing his shock decision to retire if one of the four lightweights competing at UFC 257 – including Conor McGregor – does something ‘spectacular’ in the first pay-per-view card of 2021.

White plans to have another meeting with The Eagle in Las Vegas not long after the event, saying: “He’s cornering on Wednesday and then he leaves.

“He leaves and goes to Vegas. So I will have the fight and fly home on Sunday and I’ll see him in Vegas.

“So those fights are gonna will have played out, he and I are gonna hook up and go to dinner in Vegas and talk again and then we’ll make a decision.

“And the one thing that he say is, I’ll never hold up the division. Whoever’s next, if I decide I don’t want to fight any of these guys, whoever is next is next.”

When asked if their rendezvous will be a ‘yes-or-no meeting’, White said: “Yes.

“He just said he won’t hold up the division. So he’s either going to fight somebody or he’s going to walk away.”

UFC 257’s main and co-main events feature stellar lightweight showdowns, with Dustin Poirier and McGregor locking horns in the former and Dan Hooker and Michael Chandler in the latter.

Both Poirier and McGregor have already faced Nurmagomedov, suffering submission losses to the Dagestani destroyer at UFC 241 and UFC 229 respectively.

But they could get the opportunity to exact revenge on the pound-for-pound king with an emphatic victory next Saturday. 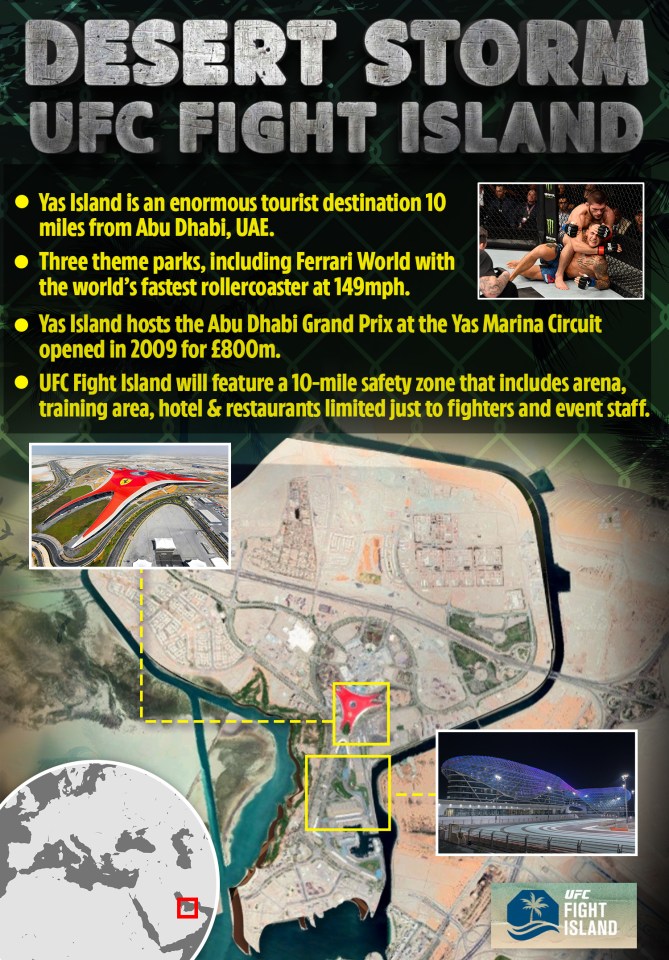 Most read in Sport

Arsenal transfer news LIVE: Follow all the latest from the Emirates

White told ESPN: “Basically the way that he feels right now is, he’s accomplished everything he set out to accomplish.

“He thought that [Charles] Oliveira looked really good in his last fight against Tony Ferguson.

“So next Saturday we’ve got the [Conor] McGregor [Dustin] Poirier fight and [Michael] Chandler and [Dan] Hooker on there.

“So his words to me were,’I’m going to watch this fight. I would never tie up the division.