LOCKDOWN has had a devastating effect on survivors of domestic abuse.  One woman is killed on average every four days by a current or former partner. But a shocking ten women and two children were killed in just the first two weeks of lockdown earlier this year.  The charity Women’s Aid spoke to women at […]

LOCKDOWN has had a devastating effect on survivors of domestic abuse.

One woman is killed on average every four days by a current or former partner.

But a shocking ten women and two children were killed in just the first two weeks of lockdown earlier this year.

The charity Women’s Aid spoke to women at the height of the Covid-19 crisis and, of those living with their abuser, more than 60 per cent said the abuse had got worse during lockdown and most of them felt they had no one to turn to.

More than a third of survivors with children said there had been an increase in abusive behaviour toward the children, who are victims as much as their mothers.

I’m a patron of the charity and we have never known it so busy.

We have had to create resources for women trapped in homes with their abusers, because the normal moments where you can consider leaving or getting help are gone.

Our Live Chat service and other online services have been lifelines for women who dare not pick up the phone, for fear of their abuser hearing them.

We have had 1.8million new visitors to our website, and a 33 per cent rise in the number of people ­visiting our support page, as lockdown has hit hard and women have reached out.

Today, on the International Day For The Elimination Of Violence Against Women, I would like to thank The Sun for its ongoing support for survivors of domestic abuse.

It could not be any more needed — and while domestic abuse can affect anyone, the significant majority of those affected are women and their children, which is why Women’s Aid exists.

Imagine home not being a place of safety, but somewhere you can never relax — where you are constantly worried about what will happen next.

This is the reality for millions of British women and children.

One in ten women living with domestic abuse have told us their abuser has used lockdown restrictions to stop them leaving.

While the Covid-19 pandemic has not caused domestic abuse, it has created the perfect storm of challenges and barriers for both those living with abuse and those trying to leave.

Lockdown has given abusers a tool they quickly learned to use for coercion and manipulation, and to induce fear.

It is terrifying how many women are living with a partner who they are afraid of, who controls everything they do and makes it clear there are consequences if they are not happy.

We are now waiting for the delayed second reading of the Domestic Abuse Bill, which still needs urgent reform to provide equal protection and support for all women, ­including migrant women.

The delays have been extremely worrying for survivors and the support services they need.

The bill will ensure that all ­survivors are deemed in priority need of housing, and will place a legal duty on councils to fund accommodation-based domestic abuse services from April 2021.

If the bill is not passed in time for this to be in force, we fear that life-saving refuges will face even greater financial pressures next year.

An estimated £393million a year is needed to pay for refuges and other domestic abuse services, which are desperately needed to save lives.

This year has seen incredible moments of raising awareness about domestic abuse, with both ­Coronation Street and EastEnders working with us on major TV storylines that have started conversations around the country.

HOW YOU CAN GET HELP:

Women’s Aid has this advice for victims and their families:

If you are a ­victim of domestic abuse, SupportLine is open Tuesday, Wednesday and Thursday from 6pm to 8pm on 01708 765200. The charity’s email support ­service is open weekdays and weekends during the crisis – messageinfo@supportline.org.uk.

Women’s Aid provides a live chat service available. from 10am to noon.

One email said a woman was reaching out to Women’s Aid after being married for nearly 50 years, as she had watched the Geoff and Yasmeen storyline in Coronation Street and realised coercive control counted as abuse.

Watching Chantelle being killed on screen by her husband Gray in EastEnders was traumatic for many viewers but reflected the reality that the most dangerous time is the point when you try to leave, when the abuser loses power and control.

In a year when there have been pressures like no other for those living with domestic abuse, and as abusers attempt to silence the voices of women who try to speak out, it has never been so important for us to stand together against this hidden crime that too often remains behind closed doors.

Together, we can send a clear message that help is here and we will keep cam-paigning to keep refuges and other life-saving services open.

Thank you to all Sun readers who support the cam-paigns we run together.

You truly help to save lives.

Most read in Opinion

Was Priti Patel a bully, or is it just a word lazy gits use to dodge criticism?

The Crown's Charles has an inner struggle with a Spencer... er, Frank Spencer

Jeremy Paxman has acted like many men... told a loyal wife to get stuffed

Together, we can help, writes the Duchess of Cornwall 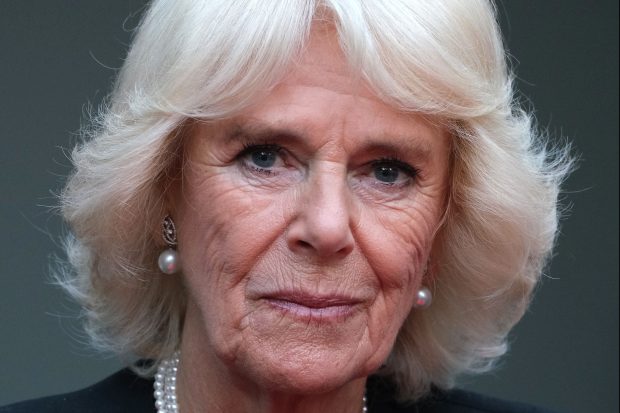 TODAY is the International Day For The Elimination Of Violence Against Women.

It is a day when we are reminded that, worldwide, one in three women and girls experiences physical or sexual violence in their lifetime, more often than not by somebody very close to them.

Today gives us all the opportunity to remember those who have suffered and those who, tragically, have died as a result of these heinous crimes.

I very much hope it will encourage all of us to help people we know who might be ­living in the dark world of abuse and coercion.

This will be particularly important in the build-up to Christmas – a time when, very sadly, domestic abuse increases.

But today is also a day that can give us hope. Together, we can and we must eliminate violence against women.

Each one of us has a part to play, to do everything in our power to raise awareness, to “reach in” to others, and to support and be inspired by those very brave survivors.

Violence against women is everyone’s problem – and the solution must be too.